Thank you to Urban Explorer Patrick Lipscombe who graciously allowed me to use his photos for this post.

The Owen Sound jail has been closed since Dec. 4, 2011 and is currently for sale for $99,000.  Some parts of the courthouse, including the main courtroom, are protected by the Ontario Heritage Act, but none of the early jail is.  The city is looking for a prospective buyer who will come up with a creative way to re-purpose the land.  Unfortunately, that could include demolishing the 165 year-old jail.  Here’s an idea, perhaps someone should create a real crowbar hotel.  It could get fixed up as a bed and breakfast/extended stay hotel for city slickers to experience the thrill of going to jail without getting a real criminal record.

Let’s follow John Smith, a guest at the Owen Sound Crowbar Hotel where he has chosen to spend a week of his summer vacation.  Let’s see what the hotel has to offer him.  Our customer service people will serve as the guest’s lawyer, booking their day in court and stay at the crowbar hotel.  John has selected the full package, including hanging, set in the 1870’s.  He’s arriving at the courthouse having been charged with murder.

John will be handcuffed and escorted into the prisoner’s box.  A gallery of paying customers will witness the trial and 12 others, who paid a little more, will sit as the jury. The judge is also a customer who wants to experience the thrill of sentencing someone to death by hanging.  Over the years many former inmates will return to pay well for the experience of sitting on the other side of the bench. 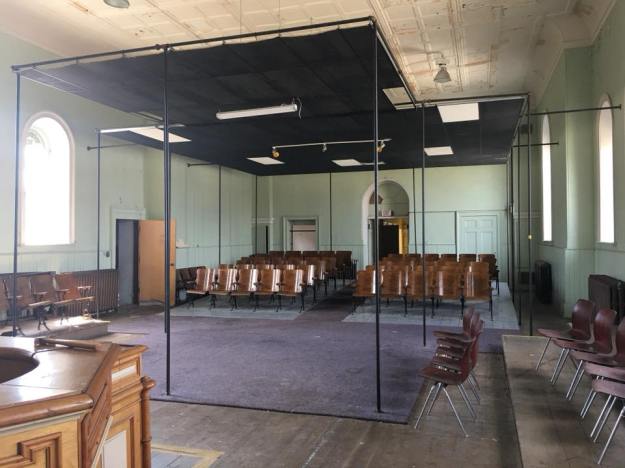 Above the judge is a painting containing the coat of arms to remind you that it is actually all the people of Canada who opposed you today.  The French inscription Honi Soit Qui Mal Y Pense is intended to bring shame on those who disrespect the crown or those with hidden agendas, especially in the court system.  This painting is also part of the heritage designation.  The courthouse at the crowbar hotel will also be available for business groups to rent.  They’ll sit on the jury to learn to solve problems together and have the opportunity try a jail-break scenario where they have to cooperate to escape.

Meanwhile, the jury has found John guilty of murdering a man who had beat him at poker.  To the delight of the audience, the judge passed a sentence of death by hanging. From the courthouse John will be brought over to the jail for processing.  This will include a cooling off period where he will sit with a few other hotel guests in a cell like this one, wondering what the hell he has gotten himself into.  Eventually he’ll be fingerprinted and all his personal belongings confiscated and listed on a form.  He’ll sign it before we lock everything up.  We want to ensure he get’s everything back when he gets out.

The jail has multiple cell blocks spread over 3 floors.  Larger cells are set up for guests who want to spend the night in jail but have the comforts of a four star luxury hotel.  Other cell blocks are set up for time periods so we can showcase Ontario Jails over the decades and provide authentic experiences.  Those who choose a 20th-century package will be given quick strip search and into the showers.  (Never mind that they showered already to impress the judge.  It didn’t work or they wouldn’t be here.)  They’ll be issued period prison garb when they come out.  John has chosen an older time frame and will spend his time in jail in his own clothes.  Minus his belt and shoe laces, to ensure he won’t be tempted to commit suicide before we hang him at the end of the week.

John is now ready to move into his range and meet his new friends.  They’ll spend hours discussing the crimes that got them there and claiming to be innocent.  After days of playing cribbage, poker and rummy they’ll know each other pretty well, perhaps making lasting friendships.  The whole day will be spent in the common area and periodically the guard will come by and yell “Jug Up”.  This means that if the prisoners stick their plastic mug through the main set of bars they can get a drink of some concoction resembling Kool-Aid but with double the water.  Trays of food will be supplied through a horizontal slot on the cell door.  Guards will be played by customers who will spend months on a waiting list.  This will be our most popular position as former inmates from around the world will come to experience life on the other side of the bars.

Cells are just about an inch wider than the bed that sits in them and only a foot or so longer.  A bucket will be kept at the foot of the bed in case any biological needs came up during the night.  In the morning these can be dumped in the main toilet but it can’t be flushed.  Guests are not allowed to secretly possess or dispose of any items, called contraband.  In the morning John will have to take all the blankets off his bed and fold them up.  Along with the pillow they will spend the day locked at the head of the cell.  There will be no strangling each other with bed sheets or escaping out of the window with them.  This means that every night at lock up guests will have to make their bed while kneeling on it.  Guests in the luxury cells will, naturally, have full service.

To complete the experience breakfast might consist of hard boiled eggs with blackened yolks, cold toast and mushy oatmeal.  Lunch and dinner will be comprised of mystery meat and soupy potatoes with overcooked veggies.  A small cash canteen will be allowed so guests with longer stays can order a couple chocolate bars or a magazine to help pass the time.  John has paid for the full package, including The Hole and so he will get into a verbal altercation with another inmate and spend a night in solitary confinement before being moved to death row. 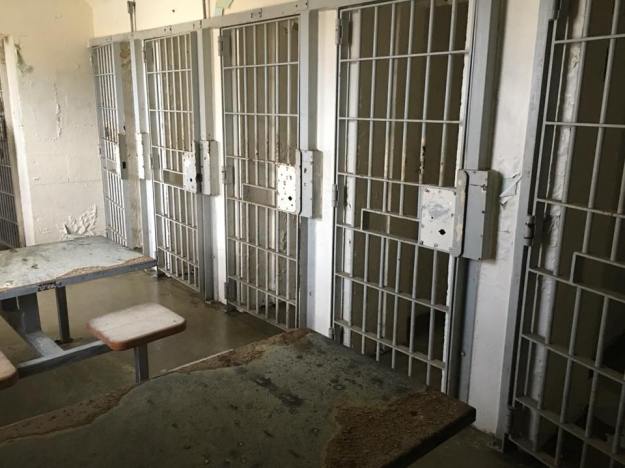 John will be allowed visitors but will have to look at them through the windows and talk to them on the telephone.  The experience won’t be authentic if it is too easy for guests to get contraband.  Day visitors to the hotel will be able to have a tour and get their picture taken in court, a cell or even the hangman’s noose. 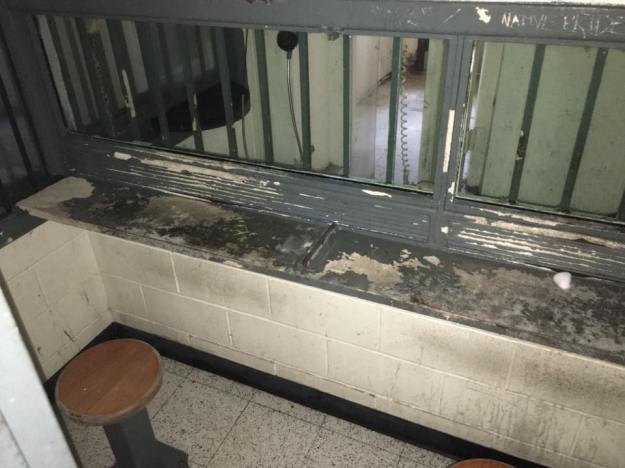 From inside the cells prisoners can look out into one of three exercise yards where they will be allowed an hour a day.  John will be hanged in one of these yards in a parlor trick that will shock a full house of customers.  Paranormal seekers will flock to the crowbar hotel to seek the spirits of the three men who were hanged here while the jail was in service. 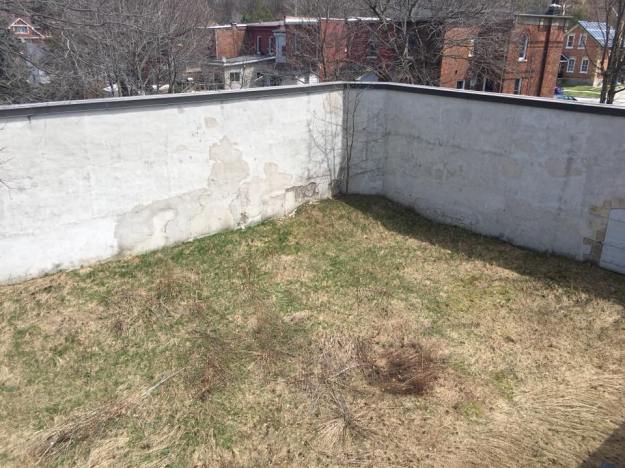 With time, all guests will be released from the crowbar hotel with a fake criminal record, a bill for lawyer’s fees and memories to last a lifetime.  Troubled teenagers will be booked in by their parents to try and scare them.  Eventually, we’ll franchise to other locations. 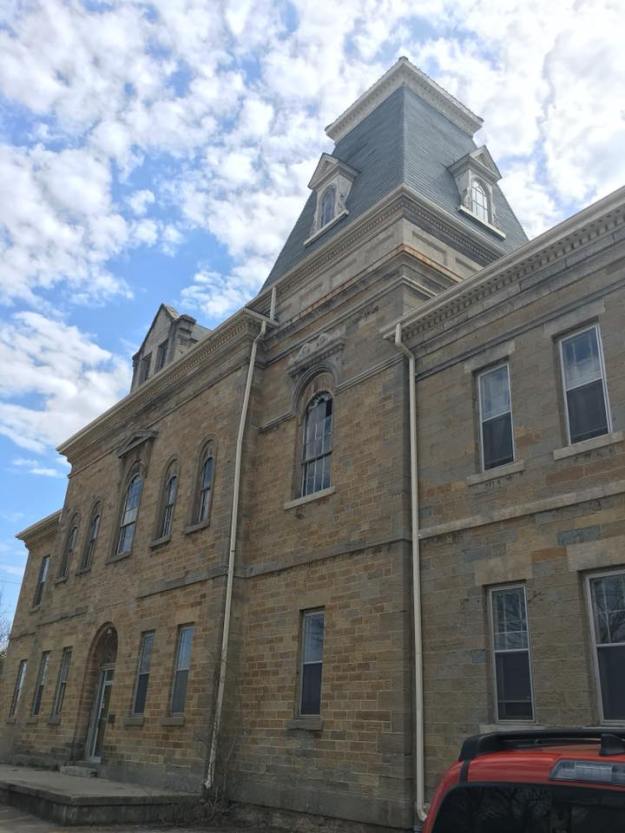 The new Owen Sound Crowbar Hotel will be a place that you can truly say “Nice place to visit but I wouldn’t want to live there.”