Enerals Griffin arrived in Port Stanley in 1829 with his wife Priscilla from the United States. They came to Canada via the underground railroad to start a new life where black people had a measure of freedom that they didn’t have in Virginia at the time.  There is no record of where the Griffin family lived during the years between 1829 and 1834 but they started a family and saved enough money to establish themselves.  In 1834 they bought a small one and a half story, four room house that had been built in 1827 and was owned by George Hogeboom.  It has a front-sloping gable roof and is clad in unfinished horizontal clapboards.  The picture below shows the house and the old driveway while the cover photo shows a closer view of the front of the house.

Along with the house, they purchased 50 acres of land on Mineral Springs Road in Ancaster, from which they would make a living and sustain their family.  Over the next 154 years, the family would continue to farm the property until it was sold to the Hamilton Conservation Authority in 1988.  The house was named as a National Historic Site in 2008 partly because it is one of last early 19th century Georgian Style clapboard homes in the Ancaster area.  It is also listed as one of six sites in Ontario that is culturally relevant to Canadian Black history.  Rather than settling in an area that was designated for former slaves, the Griffins chose to buy a farm and live in a predominantly white European area.  The area has been determined to be archaeologically sensitive and digs on the site have uncovered over 3,000 artifacts including stoneware and clay pipes.  The ruins of the family saw mill stand near the crest of a waterfall on a small tributary of Sulphur Creek.  The original boards for the construction of the home were cut in this saw mill from trees that were felled on the property. 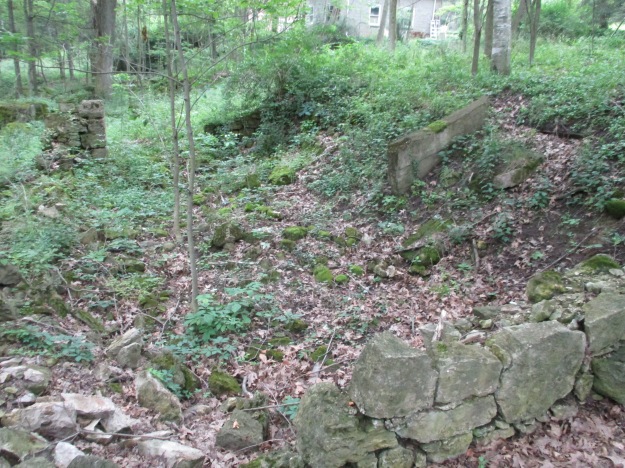 Following the Griffin Trail to the Homestead Trail allows you to explore the property and also brings you to the waterfall.  Known as Griffin Falls and also as Heritage Falls there was very little water on this day and moss was taking over the cliff face.  In the spring there is normally water here and this is the best time to view this 5-metre washboard classical cascade. 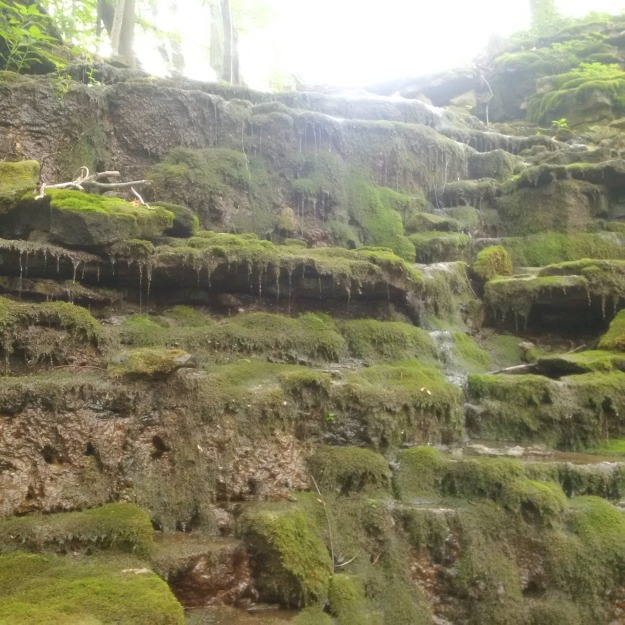 We had parked at The Hermitage where there is a 10 dollar fee per car.  In the corner of the parking lot, the old gatehouse for the Hermitage still guards the entrance.

On a previous visit, the Hermitage was under restoration and we wanted to see how the job had turned out. There are many trails through the property including the Bruce Trail and we followed the one leading to the old homestead.  The ruins of the main house have been restored on three sides.  The burned ends of the second-floor beams can still be seen sticking out of the wall. 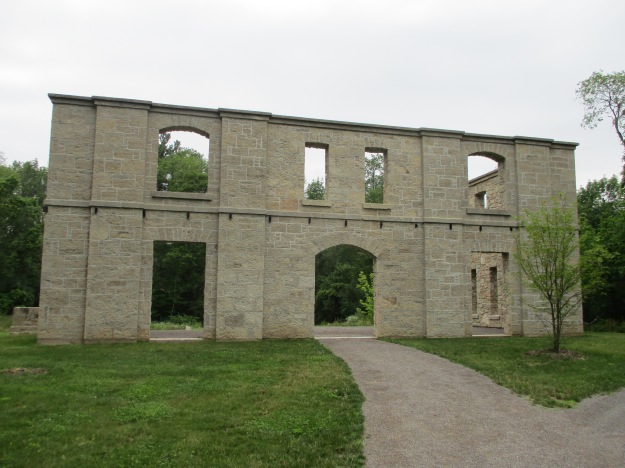