Mica Cap Mushrooms are one of the more common urban fungi and are a choice edible as well. These examples were going in great numbers around the base of a large Black Willow tree.  The mushrooms are egg shaped when they first appear. 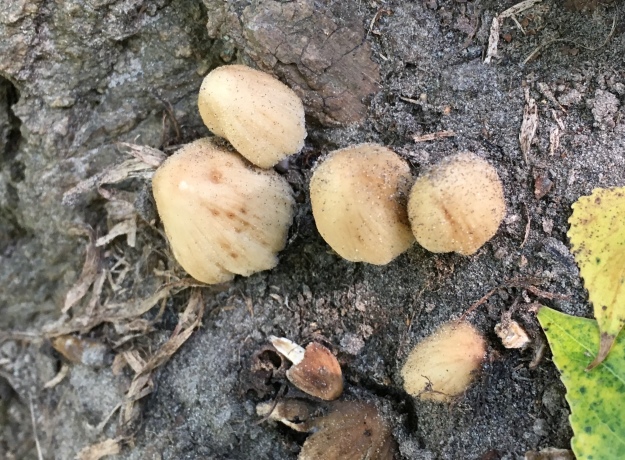 As they grow a set of radial furrows appear that run the length of the cap.  As the cap becomes more bell shaped it will split along some of the radial lines.

The stems of the Mica Cap are hollow and thin making them quite fragile.  There is no veil on the stem because these mushrooms have a universal veil which looks like specs of mica on the cap.  These vanish quite quickly and may be hard to identify. 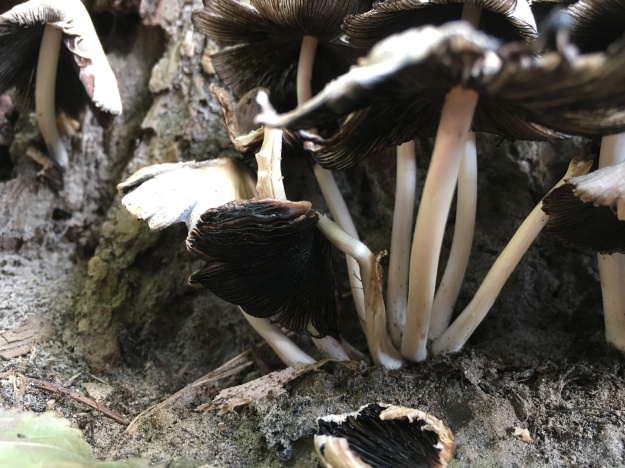 They have close gills which are attached to the stalk and turn darker as the mushroom grows. 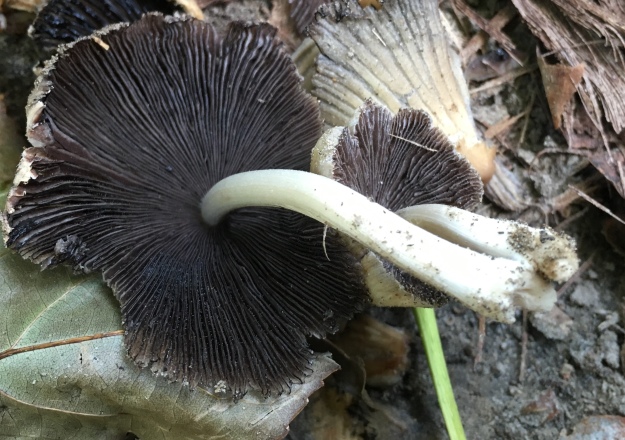