This post is part two of a road trip out of the GTA and down the 401 to London.  While in the city we took the time to visit the abandoned London Asylum for the Insane.  From there we went to investigate the trails and abandoned buildings around the kettle lakes known as Westminster Ponds.

There are five kettle ponds, a beaver pond and several smaller ponds in the conservation area that were formed when the last ice age retreated about 12,000 years ago.  They were formed when chunks of ice broke off of the glacier and were buried in till.  When they melted it left the holes that have filled up to become Westminster Ponds.  Several archaeological digs have been held around the ponds where evidence of first nations camp sites date back over 4,500 years.  European settlers arrived in 1815 and started to clear the land for agriculture.  In 1910 the first section of the park was acquired for conservation and it has been added to several times since.  In 1920 Westminster Hospital was established nearby for the treatment of mental and nervous casualties of the First World War.  In 1940 the federal government purchased an additional 418 acres of land to expand the hospital.

The capture below is from Google Earth in 2004 and shows the relative locations of the various buildings at the Western Counties Occupational Centre.  The ones circled in blue are still on site while the ones in yellow have been demolished.  The yellow circle with the slash through it indicates the site of the one building that had already been removed in the late 1990’s. 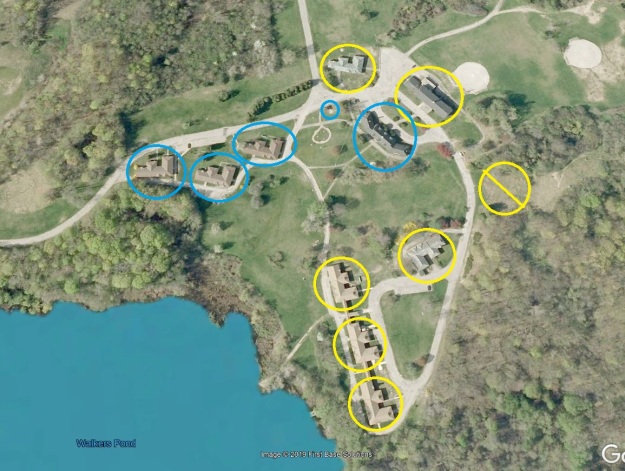 In 1946 the Department of Veterans Affairs opened a rehab facility for soldiers returning from the Second World War.  Originally the centre was home to 6 patients but quickly reached the maximum of 196.  The Western Counties Occupational Centre had eleven buildings, each named after one of the counties in South Western Ontario.  Of these, four were demolished by the City of London and three others by the Westminster Hospital.  The Wellington Pavilion is seen in the cover photo and is currently vacant.  Running west from there you have the Perth, Huron and Bruce Pavilions.  The Huron Pavilion is shown below.  It has been re-purposed into The Secrets of Radar Museum.

The Wellington Pavilion can be seen in the cover photo and is the only non-dormitory building that is left in the compound.  It was built as the administration building and has two floors and a basement.  The two wings are set at an angle to the building and single story construction.  The cupola is still in the middle of the roof but the columns have been removed from the front door and placed into storage.  In 1984 funding was secured for a new Veterans Wing and this marked the end of the facility.  Within five years all the patients were transferred away and the first demolition began. 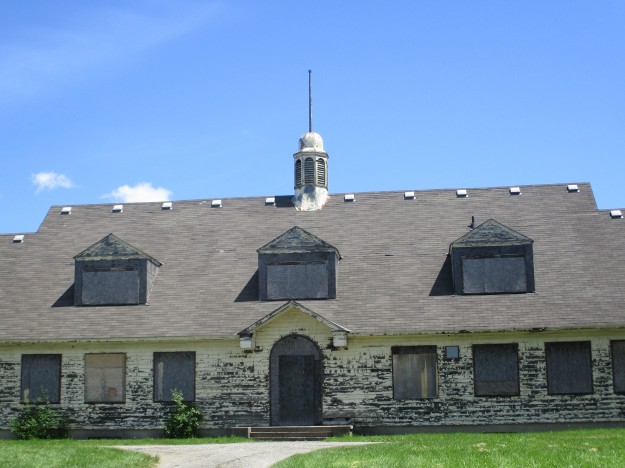 The four pavilions on city land were demolished and the basements filled in with soil.  The ground inside the concrete outline of the building was then seeded with clover.  The chimney was removed from one of the buildings but the other three were reduced to 8 feet tall and capped off.  Steel grates were installed in the front of the fireplace for safety.  One of the demolished buildings that was on the hospital property had an indoor swimming pool and another housed a print shop for training purposes.  These have been removed without a trace being left behind.  Another of the buildings had a bowling lane in the basement but this has been filled in.

This picture shows the back of one of the remaining pavilions and you can see the comparison with the previous photo showing just the outline of the building on the ground.

Most of the trails in the park are packed earth but there are several places where boardwalks carry the trail through a wetland.  There are over ten kilometres of walking trails in the park but they are all marked with yellow slashes.  They intersect with other yellow trails and it is quite easy to become disoriented.

Several trees along the trails have been tagged as heritage trees and are protected.

Saunders Pond has become overgrown with algae and water lilies.  The water lilies on the pond are primarily white with a few pink flowers scattered throughout. 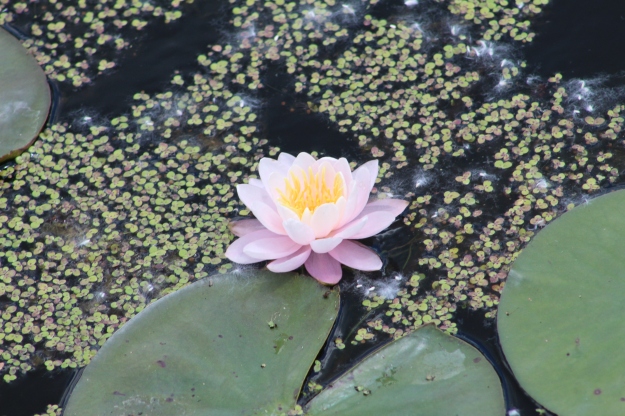 The Wellington Pavilion can be seen from across Saunders Pond.  Before the trees were allowed to grow each one of the pavilions had a clear view of the pond.  This was to be part of the therapy that was being provided to the recovering soldiers. 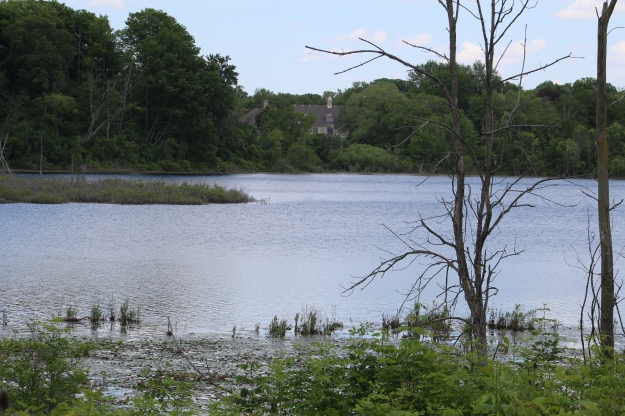 The Rotary Club of London West has taken an interest in the ESA and has initiated several stewardship programs.  One of these programs included the building of several boardwalks with the donor’s names engraved on the boards.  Some of these boards have a memorial to a person’s life and record the dates of their birth and passing.

There are several kilometres of trails and at least three kettle lakes yet to be explored in this park.  For those who live in the area this is quite a neat little park in the middle of the city.  Be sure to check out our other London post at this link.  London Asylum for the Insane.