Rosetta McClain Gardens sits atop the Scarborough Bluffs and although it was once a private garden it is now open to the public for everyone to enjoy.  We have previously visited the gardens but having seen the pictures of hummingbirds on the Friends of Rosetta McClain Gardens Facebook page it seemed like a good idea to stop by again.  Our earlier visit contains more details about the history of the property and so it will be linked at the end of this post rather than repeating all of that here.

Monarch butterfly caterpillars go through five distinct stages of growth, molting after each one.  Each stage is known as an instar and the first stage is translucent.  By the third stage it grows longer tentacles and has the familiar yellow, white and black banding.  This caterpillar below is a third stage instar and in the next two stages it will have white patches on the legs.  The fifth instar will be 2000 times the weight of the first one.  The caterpillar then molts into a chrysalis from which the butterfly will emerge in 8-15 days.  Caterpillars that are seen in late August are the generation that will fly south for the winter. 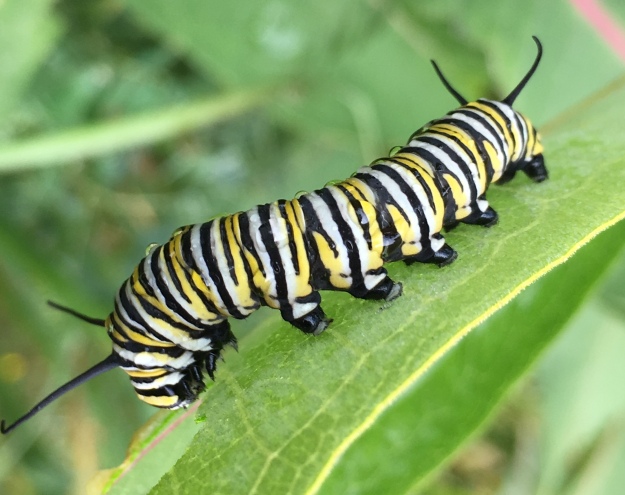 Hummingbirds are the smallest family of birds with the bee hummingbird weighing just 2 grams.  They get their name from the noise their wings make during flight while they beat between 12 and 80 times per second.  Due to their high metabolism they consume energy at a substantial rate.  To preserve body mass, every night they enter a state of torpor that is similar to hibernation.  Even in their state of torpor they lose up to 10% of their body mass every night. 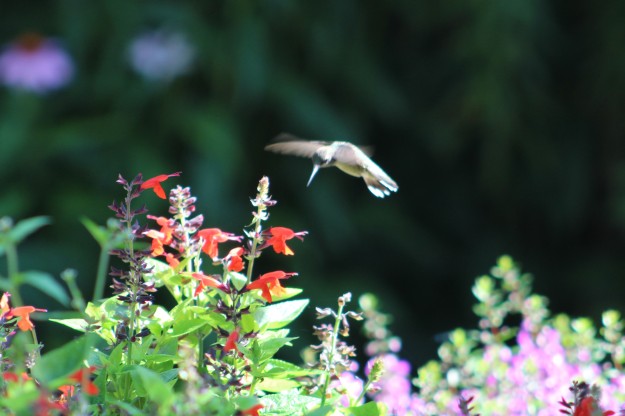 The gardens feature several of the ten species of coneflowers.  The coneflower is formally known as echinacea and has long been used for its immunological effects.  There are studies which show that it can be effective in treating and preventing respiratory infections related to the common cold.  The cone flower is being pollinated by a black swallowtail butterfly. 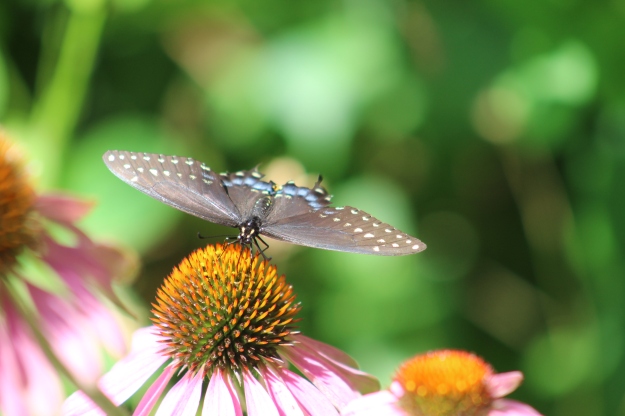 Dryad’s Saddle is a large polypore that can grow as large as 12 inches across.  These young ones are just getting started.  They are edible but can be very tough so people will eat the small ones or cut off the outer edges of the cap on larger ones.  This mushroom is also known as Pheasant’s Back. 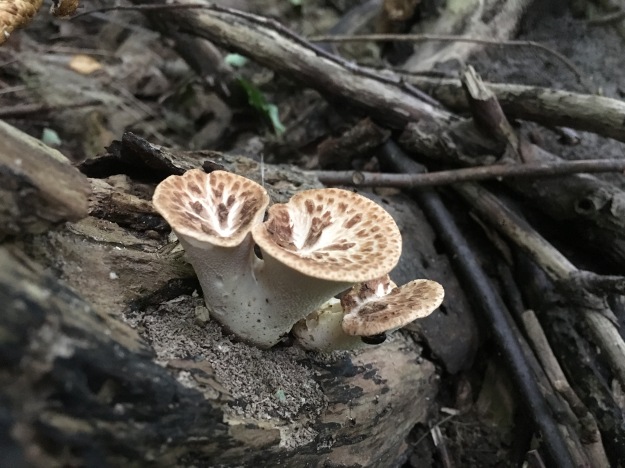 The underside of butterfly wings often displays a much different pattern than the top side of the wing.  The Painted Lady below tends to be found in areas where there are thistles as the larvae feed on thistles and burdocks. 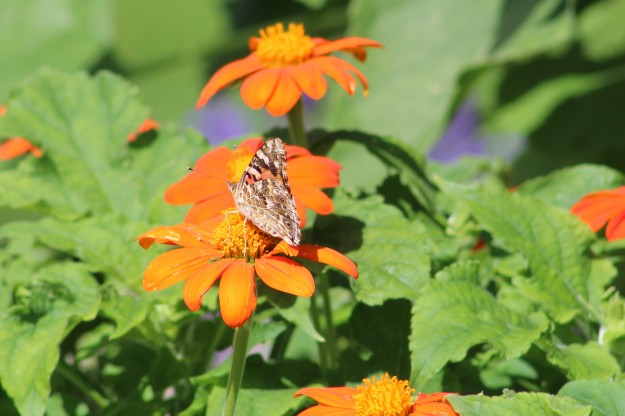 The remains of the McClain house add an interesting atmosphere to the gardens.  Most of the roof is gone as are parts of the walls but what is left makes for some unusual photographs. 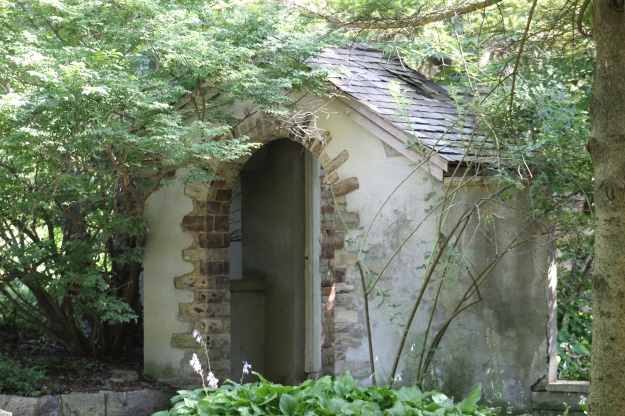 The view from the top of the Scarborough Bluffs out across Lake Ontario often reveals pleasure boats near shore and the smaller shadows on the horizon of the larger ships. 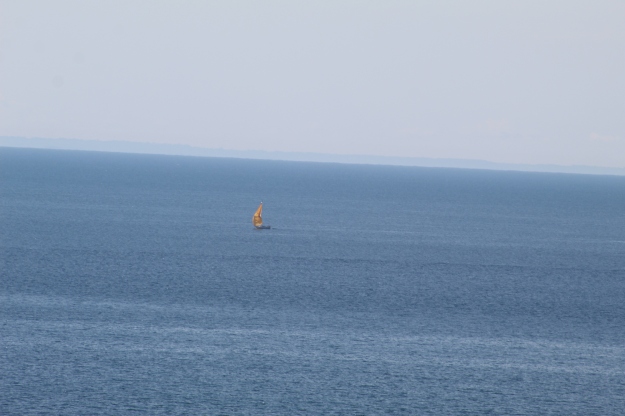 Rosetta McClain Gardens is one of the best places in the city to photograph birds, flowers and butterflies.  The story of the gardens can be found in our earlier post which is available at this link.