The farming community of Richview got a formal start in 1852 when a post office with that name was opened.  After several post masters it was closed in 1887 and moved 2 miles east to the home of David Watt.   His house stood on the corner just north of the Union Chapel and cemetery.  With the post office and chapel in place, a town soon grew which came to include two shoe makers, two wagon makers, two churches,  two cemeteries as well as a blacksmith shop, a school and a green house complex.  However, without rail service the community became isolated and by the turn of the century it had begun to shrink.  The image below is from the Toronto Archives and shows Richview as it appeared in 1953 when it was still a rural community but greatly diminished from the former glory days.

William Knaggs owned the south west corner of the intersection and in 1853 he sold a small piece for the purposes of a non-denominational church and cemetery.  The church became known as Union Chapel because it eventually housed three different congregations.  For a time the community was referred to as Union, prior to the arrival of the Richview Post Office.  The community of Dixie is another example of a very early Union Chapel, this one still stands alongside the oldest graveyard in Mississauga.  Knaggs’ son William donated additional land south of the cemetery in 1888 for the construction of a Primitive Methodist Church.  It can be seen along with the driving shed for the horses in the picture above.  William Knaggs died in 1853 and was buried as the first official interment in the cemetery, although not the first in actuality.  That had occurred in 1846.

The county atlas below shows the Union Chapel and marks the cemetery as Primitive Methodist instead of non-denominational.  In 1877 the church had not yet been built but a town hall stood just south of the future location.  The school can be seen just east of the community almost on the Fourth Line (Martin Grove).  This had been the site of the first log school house in 1838.  When it was replaced in 1846 the school was moved to the east side of the fourth line.  In 1874 the school on the map below was opened and it remained in service until 1915 when a fourth school was built.

The 1906 sketch below shows the south west corner with the post office in the house of Will Watt on the right.  The blacksmith shop of David Watt is in the middle of the picture while the family barns are on the left.  The gentleman plowing in the foreground is on the property that would later host a turkey farm and Bert’s Turkey Palace.  The Turkey Palace was demolished for the building of a ramp for the 427.

Richview Cemetery has the remains of about 300 early settlers from Etobicoke, many of them lacking markers.  Many of the other markers are damaged and there is no money in reserve for repairs.  The remains of two other small community cemeteries have also been moved here.  The Willow Grove Burying Ground and The McFarlane Family Cemetery were relocated in the 1970’s. 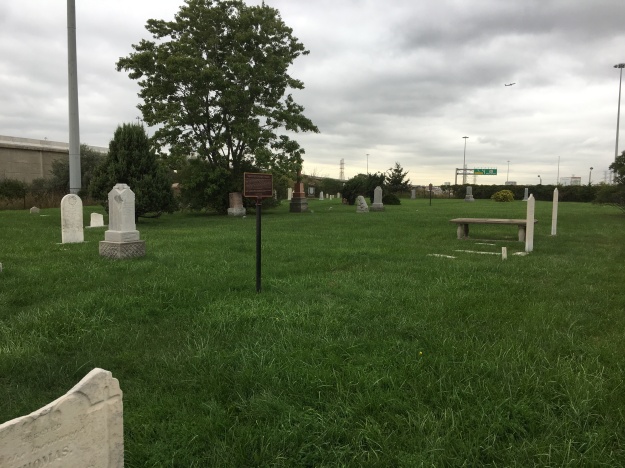 Andrew Coulter lived from 1793 until 1857 and owned a sawmill on Mimico Creek where West Deane Park is located today.  His farm was run by his four sons after his death.  More information about Coulter as well as historic and modern pictures of the house he built in 1852 can be found in the post for West Deane Park.  A second surviving house from Richview is that of Robert Coulter and it can be seen in the same post. 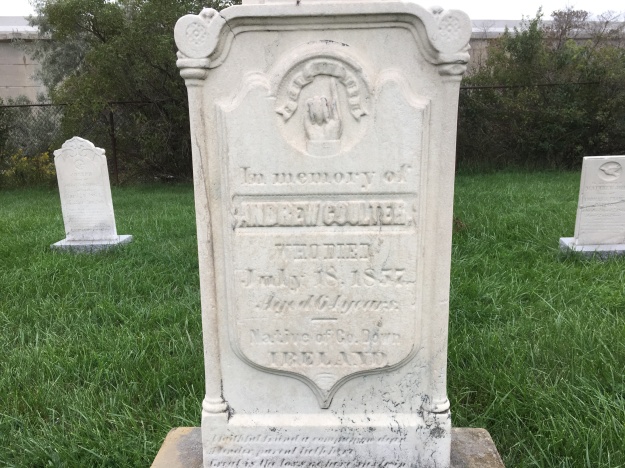 Although the farm was passed on to the four boys as an inheritance not everyone was fortunate to survive in those harsh times.  Elizabeth Coulter died in 1852, the same year that the family upgraded from their first home to the grander brick home.  Young women often perished in childbirth but there is nothing on the stone to indicate that she was married.  Pregnancy outside of marriage was less common 150 years ago and so it is more likely that poor Elizabeth got sick and had inadequate medical treatment.  She only lived to 22.

Starting with the construction of the 401 and later the 427 the farms around Richview were taken over for highway use.  The community of Richview was in the way and everything except the cemetery was removed.  The United Church that had begun as Primitive Methodist was closed and demolished in 1959.  The capture below is from Google earth and shows Richview today as a mass of highway interchanges.  The cemetery is circled in red and can be accessed from Eglinton Avenue.

This small section of road on the east side of the cemetery is a remnant of the third line which later became highway 427, seen on the right. 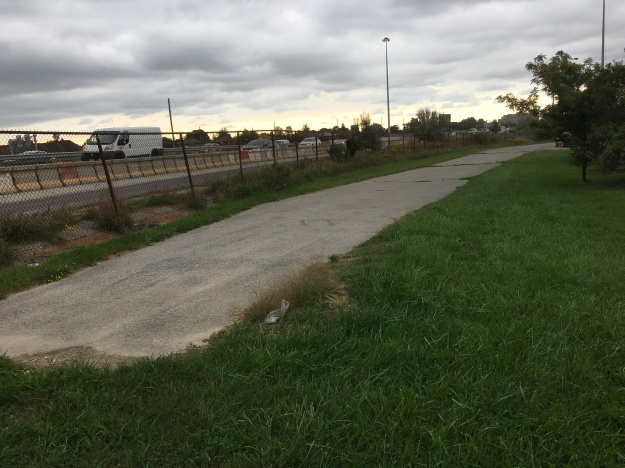 There is still an option to be buried at Richview Cemetery if you have relatives buried there.  Victor Kimber took care of the grounds for several decades until his death in 2005 and he is the most recent interment.  His first wife and then his parents are buried in the graves to the south of his.  His second wife, Ethel, will be buried on the north side of him when she passes on.  Victor will be surrounded by his two wives for eternity but hopefully the sound of the highway will drown them out, should they get to fighting over him.

Richview cemetery provides a small reminder that the bustle of the city hides a very different the rural past.