E T Seton Park runs all the way from Eglinton Avenue to the Lower Donlands and the Ontario Science Centre backs onto the park at the north end.  Near here I came across an old baby buggy that has become ingrown in a small tree.

For as long as mothers have been having babies they have needed a method of carrying them around.  The first modern stroller was invented in 1733 in Devonshire and was intended to be pulled by a goat or donkey.  By the 1840’s preambulators, or prams, were becoming popular in England and production was beginning in America.

The buggy may have been placed in the tree or the tree may have grown up under the buggy.  It does appear that at some point someone decided to bend the front axle around the tree.  It has been a few years since this happened as the tree is enclosing the steel. 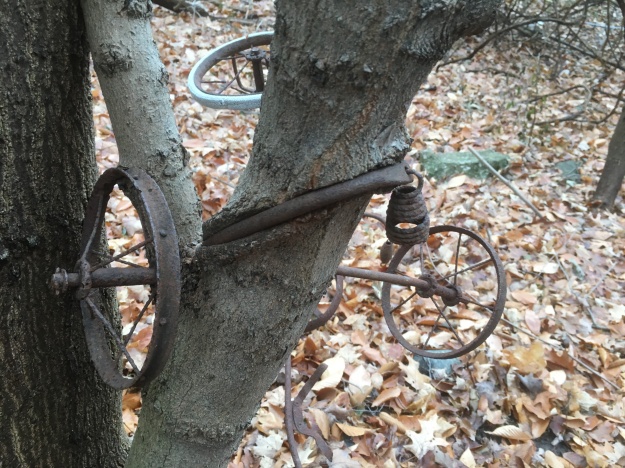 Part of the mounting bracket can be seen where the baby seat was once attached.  Newer versions had a detachable carrycot while modern ones become a car seat when removed. 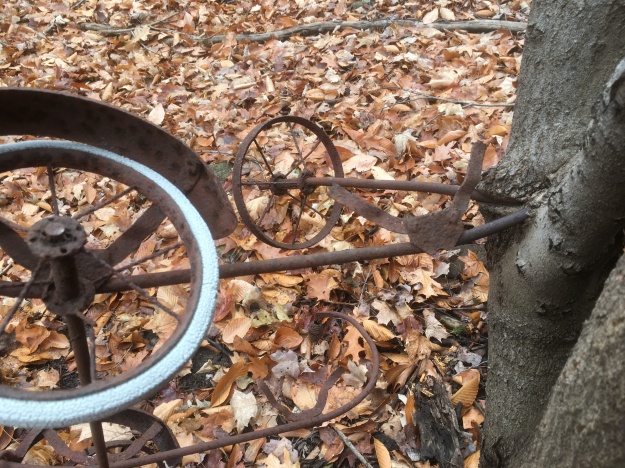 The main frame of the carriage has been in this tree for many years as the tree has fully grown around it.  This may have already been well enclosed when the front axle was wrapped around the tree.

A childhood rhyme was used to tease each other about liking someone.

“Jack and Jill sitting in a tree, K-I-S-S-I-N-G, First comes love, then comes marriage, Then comes Jill with a baby carriage.”  Someone forgot to tell them not to leave the carriage in the tree.

The carriage had a simple braking system.  By pressing the wire pedals under the carriage the end of the wire was pressed into the rubber of the wheel. 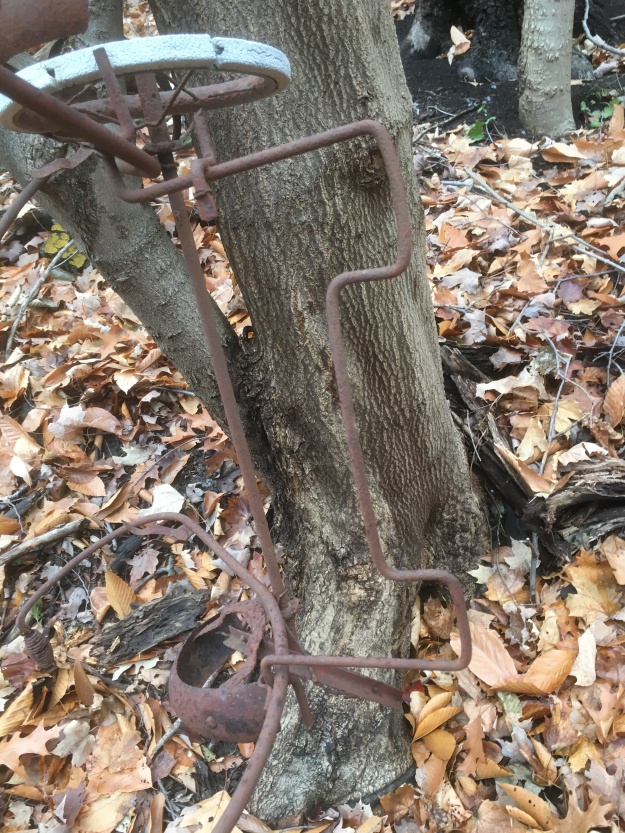 Only one of the wheels still has the white rubber but it has split in several places and may not last another season of freezing water expanding in the gaps. 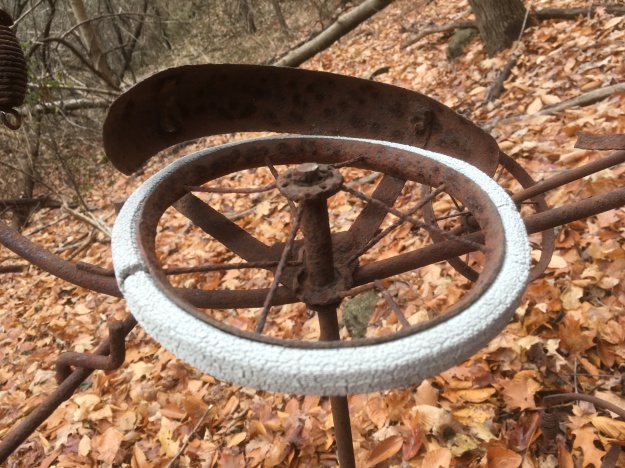 E T Seton Park is a significant green strip along the Don River and will quite likely have a full length post one day.