There are over 100 species of butterflies that are found in Ontario and as you hike throughout the GTA you have an opportunity to see many of them.  With the COVID-19 lock down still underway we thought for our fifth Corona-blog it might be interesting to take a look some of the butterflies we’ve manged to get pictures of.  We hope you enjoy the pictures while we wait for the parks and trails to open again.

There are over 550 species of Swallowtail butterflies worldwide but we see only a few of them in Ontario.  Black Swallowtail have two broods each year with the first one emerging from their over-wintering in mid-May.  A second brood emerges in mid-July and flies throughout August.

The Spicebush Swallowtail has large blue iridescent spots on the hind wings.  This butterfly is less common in the GTA but can be seen regularly in Point Peele and at The Pinery.

Eastern Tiger Swallowtail is one of my favourite butterflies and it is fairly common in the GTA.  It also has two distinct broods per year.

The Painted Lady is also featured on the cover photo of this post and has a complex pattern on the under wing.  It looks similar to the American Lady which is more common in Ontario.

American Lady butterflies have less colour on the under wing than the Painted Lady featured above.  It has two large eye spots on the bottom of the hind wing.

Red Admiral are dark in colour with a bright orange band across the wings.  They are one of the more common butterflies in the GTA.

White Admiral are deep blue to purple with a broad white band across the wings.

White Admiral under wings have considerably more red than the upper side of the wing.

Great Spangled Fritillary is one of the largest fritillary butterflies in Canada. The underside of the wing will have a silver band along the edge of the wing. 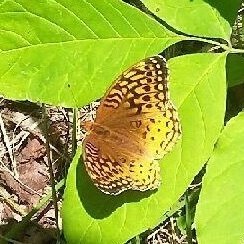 Little Wood Satyr have four large eye spots on the wings, two on the front wing and two on the hind wing.

The Red Spotted Purple is a subspecies of the White Admiral. 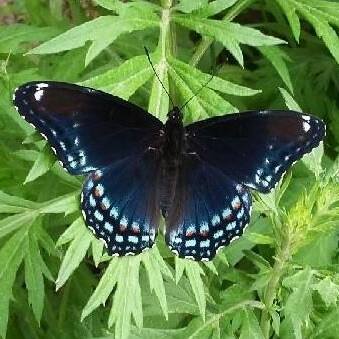 Monarch Caterpillars become the butterflies that are perhaps the most recognizable to a lot of people.  The caterpillar can be found on milkweed which is the primary food. 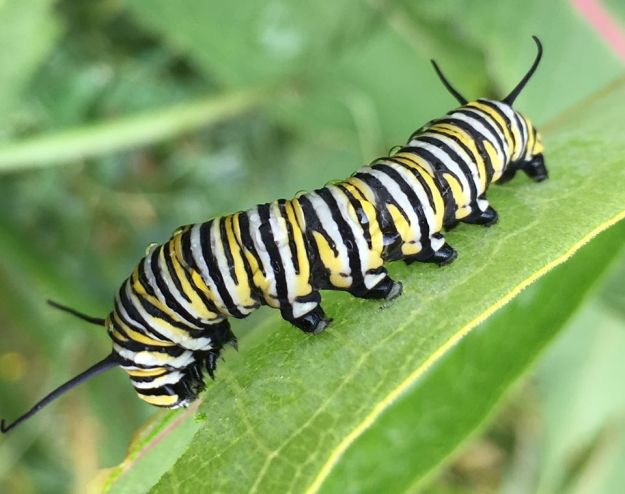 Male Monarch butterflies have two little black dots on the hind wings that contain a scent to attract the females. 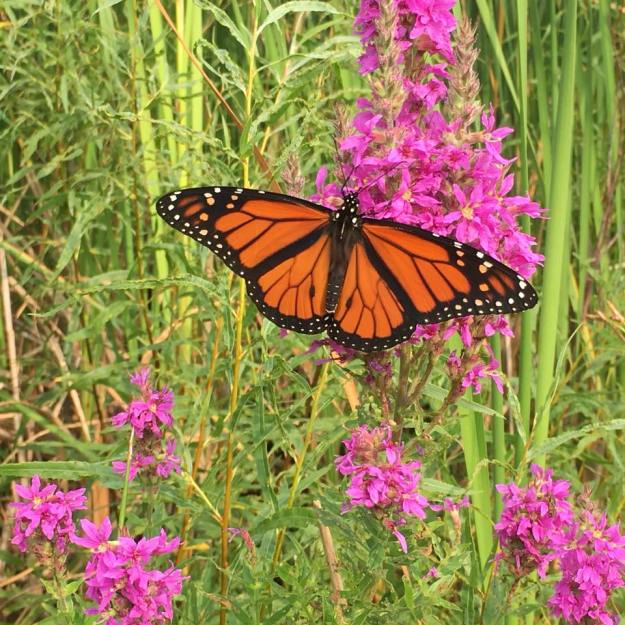 The picture below shows a pair of Monarchs mating.  The mating process can last for up to 16 hours. It usually starts one afternoon and can last until the following morning.

Viceroy  butterflies look very similar to Monarchs except that they have a black band along the edge of the wing. 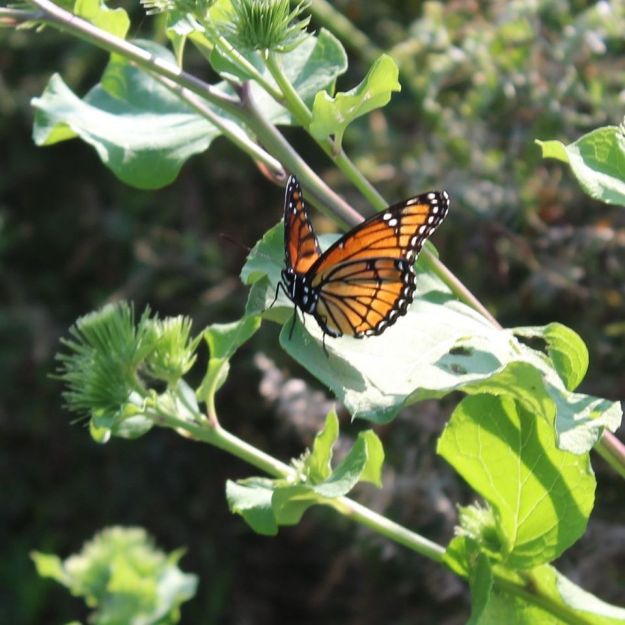 Mourning Cloak butterflies are one of the first ones to be seen in the spring.  They over winter among the dead leaves on the ground and emerge when the weather warms up.

Gray Comma butterflies are interesting because the underside of the wings looks just like a dead leaf.  They can be well disguised when they want to be.

The Question Mark  looks similar to the Gray Comma but doesn’t have the deep section between the front and rear wings.

Pearl Crescent butterflies have several similar species but can be distinguished by the fine black lines that cross the orange sections of the wings.  A row of black dots lines the outer edge of the rear wing.

Silver Spotted Skipper are the largest of the native skippers.  The males can be very aggressive in defending their little territory, chasing everything else away.

Clouded Sulphur butterflies are one of the most common yellow butterflies in Ontario.  They seldom sit with their wings open so getting a shot of the upper wing requires luck and good timing. 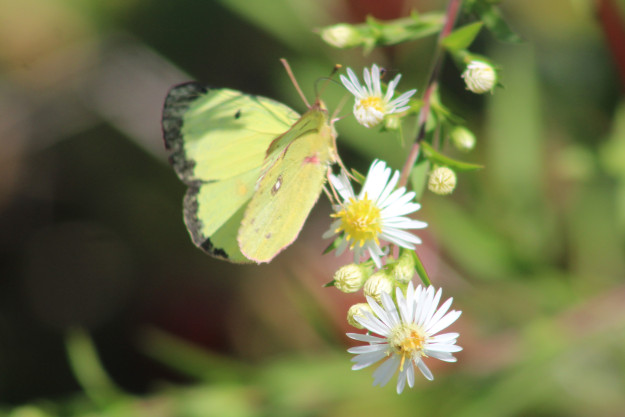 The Appalachian Brown is very similar to the Eyed Brown.  The line on the under wing that separates the darker area from the lighter has gentle curves rather than being zigzagged like on the Eyed Brown

Milbert’s Tortoishell butterflies have three broods per season and are one of the distinct species in our area as there are no similar looking ones.  The bright orange band on the wings is complemented by red spots on the front wings. 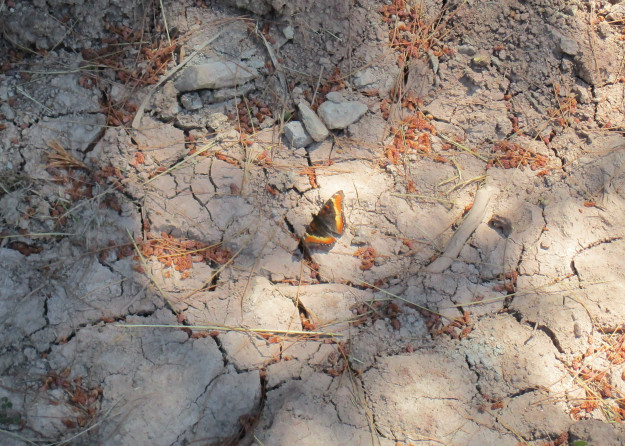 Getting pictures of butterflies can be time consuming because they don’t always sit still and wait for you to get a good shot.  Patience is the virtue that will come in most handy.

2 thoughts on “Butterflies of the GTA”