Sir Henry Pellatt was instrumental in bringing electricity to Toronto from Niagara Falls and invested in railways to accumulate his fortune.  He started to build Casa Loma in Toronto in 1911 and also purchased a large tract of land in King Township where he built his country retreat at the same time.  He honoured his wife Mary Pellatt by naming the property Lake Marie.

Pellatt built in stone and worked to match the feel of Casa Loma and that included having a set of stone gates right at the corner of Keele Street and 15th Sideroad.  This was the original driveway into the estate but since the lane was moved a few meters west a statue of  Mary has been installed in front of the gates. 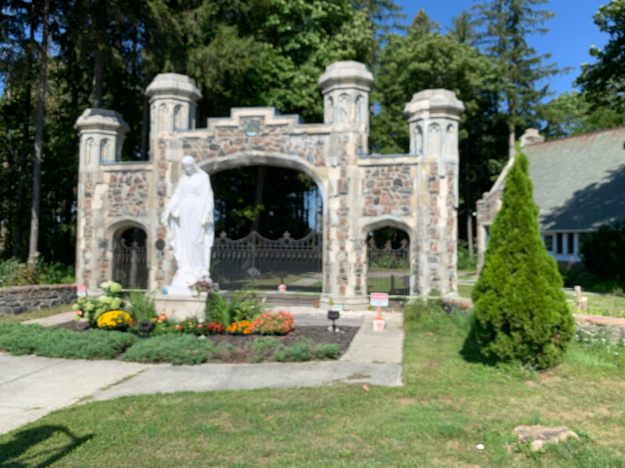 The gatekeepers house was also built of stone and this little story and a half home was designed to compliment the mansion that was being built near the lake. 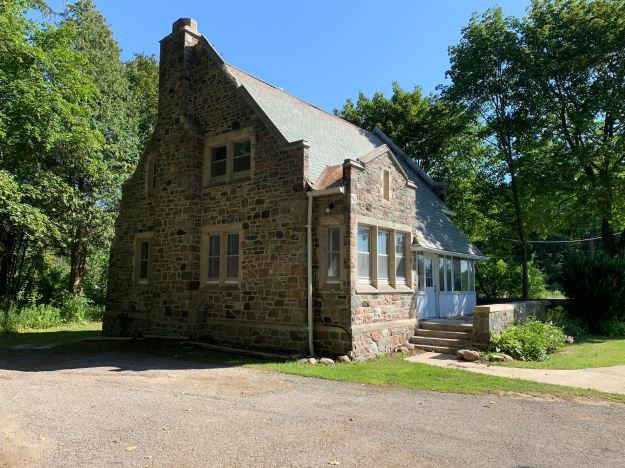 Henry Pellatt built an elegant estate home where he could relax with his wife and enjoy the country lifestyle.  He entertained the Eaton family and hosted riding and hunting parties for high profile guests including Prime Minister William Lyon Mackenzie King. 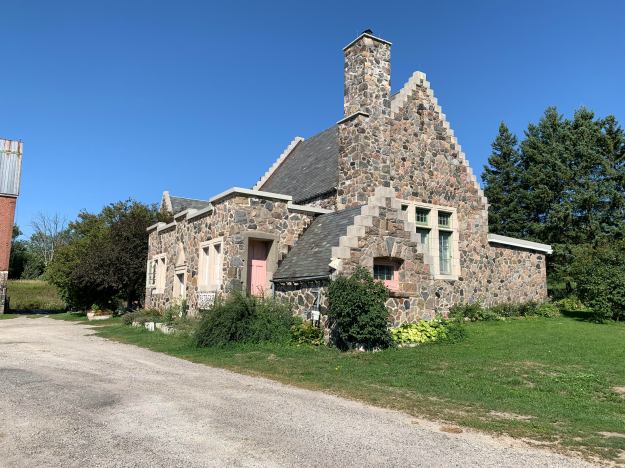 The estate house features towers and a turret like his main home at Casa Loma. 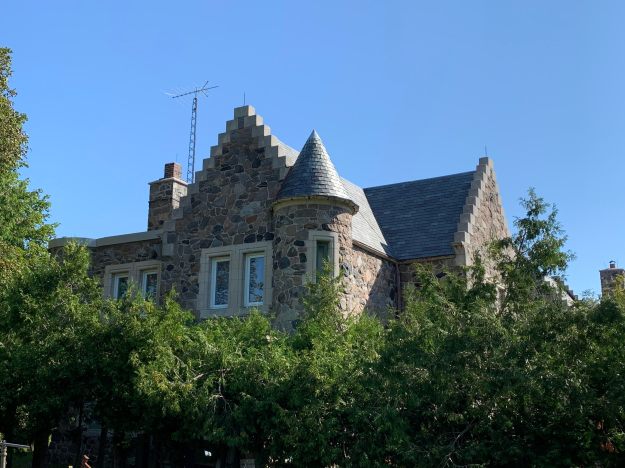 Pellatt build a large barn out of bricks rather than the typical wooden structure found on most farms.  Everything about the barn was done on a grand scale including the two large silos which were topped with wooden cones.  Many windows have been broken and the cones have caved in but the long term plan is to restore the barn and possibly use it for events.  The front door to the barn is set in an alcove with a recessed pattern in the bricks above it. 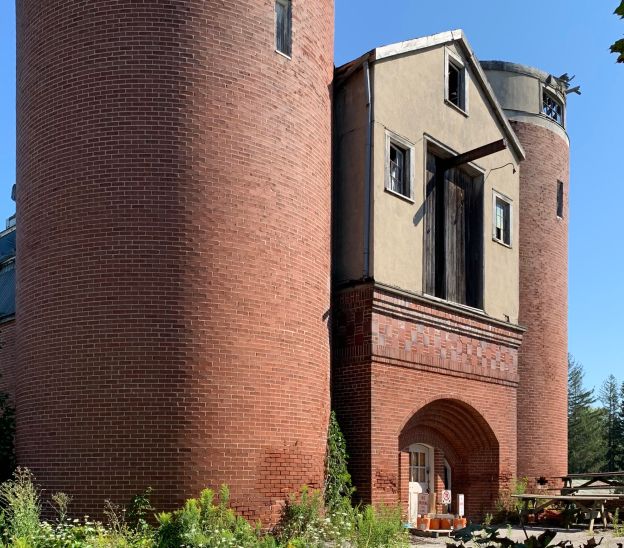 Pellatt operated a dairy farm while he lived on the property but in 1935 he was forced to give up his estate.  In 1942 the Augustinians acquired the property for their monastery and they continued the farm operations.  They changed the name to Marylake. 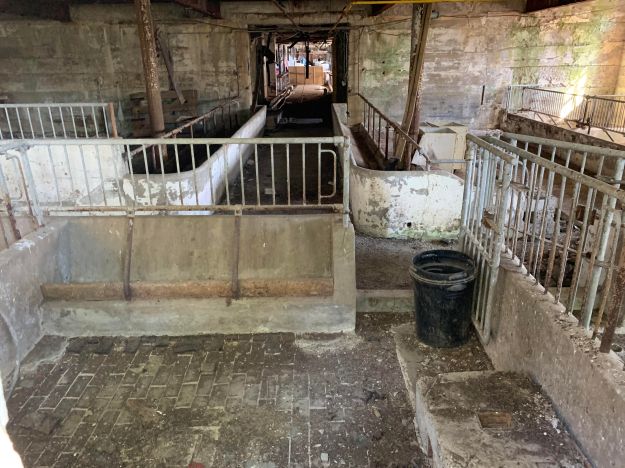 The maintenance sheds are extensive but appear to be lacking in maintenance themselves.  The far end of the sheds has a small former office in it as well as being used for the current maintenance of the grounds. 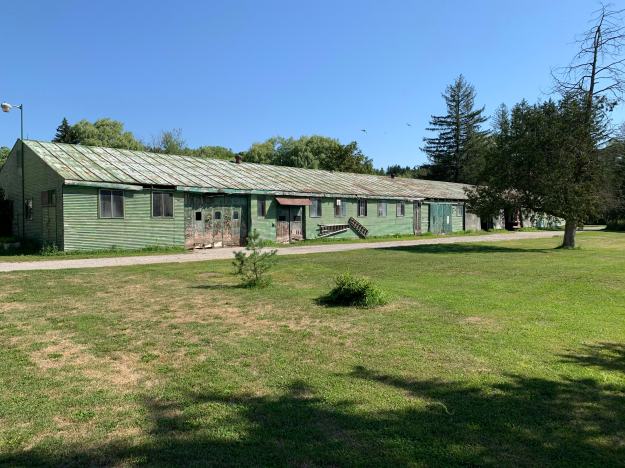 The gift shop is located in a log cabin that has an extension on each end and a small entrance porch.  This section of the property was listed as belonging to T. H. Ince in 1877 and the central part of this cabin was likely built from the trees that were cut when the land was cleared.  Although the corners are tightly dovetailed, the logs themselves show the marks of being hand-hewn. 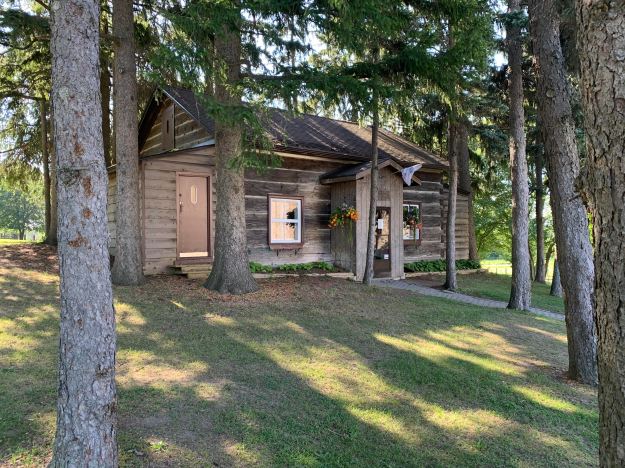 In 1945 the Augustinians held their first mass at Marylake and since then have continually upgraded the property to make it a site of pilgrimage for thousands of people.  The Shrine of Our Lady Grace at Marylake has three levels and is built of field stone collected on the property.  The building was completed in 1964 and features a 100 foot tower with a wall of stained glass windows. 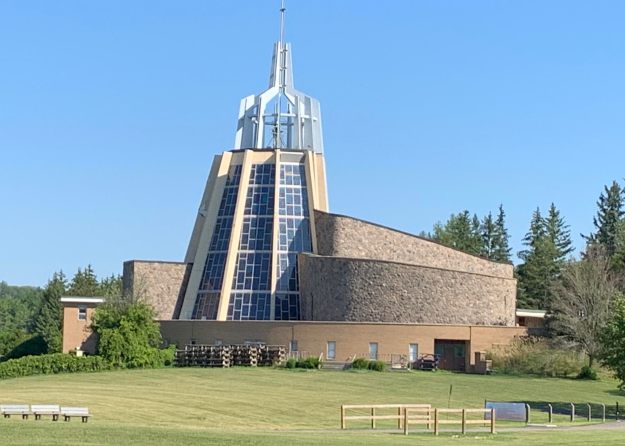 The Great Crucifix at the start of the Rosary Path is one of the newest features of the site having been completed in 2016. 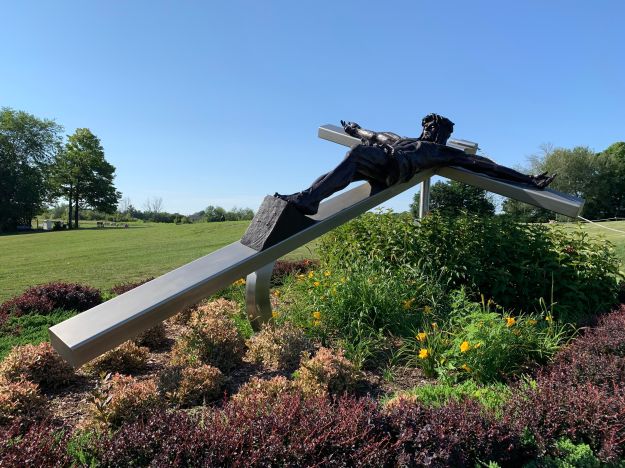 The Rosary Path was developed in 2014 with the ground breaking ceremony being held on September 6th.  The Rosary Path is 1.5 kilometres long making it the largest rosary in  the world.  A rosary generally has sets of ten beads known as a decade.  There is an additional large bead for each decade and including the beads that attach the crucifix there is a total of 59 beads on a five decade rosary.  The 59 beads along the Rosary Path have each been donated. 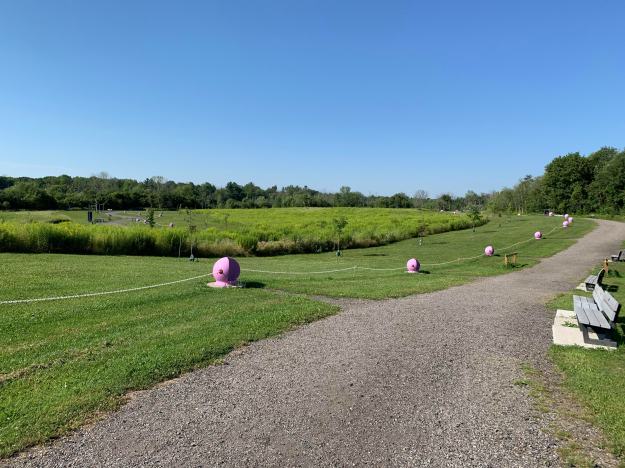 The beads are designed so that you can kneel in each one as you pray your way along the rosary. 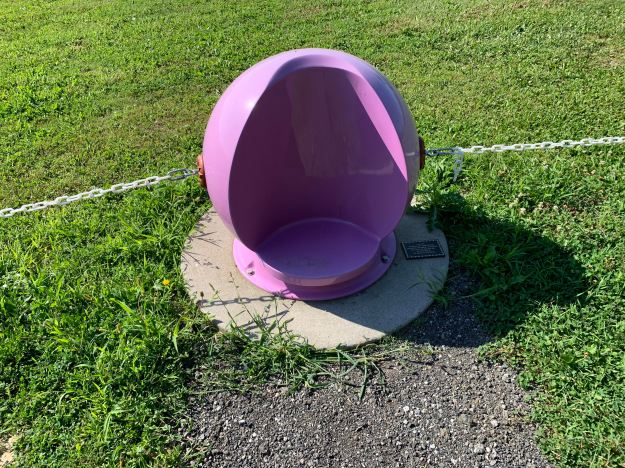 Along the Rosary Path is also a display of the fourteen stations of the cross beginning with Jesus being condemned and finishing with laying Him in the tomb. 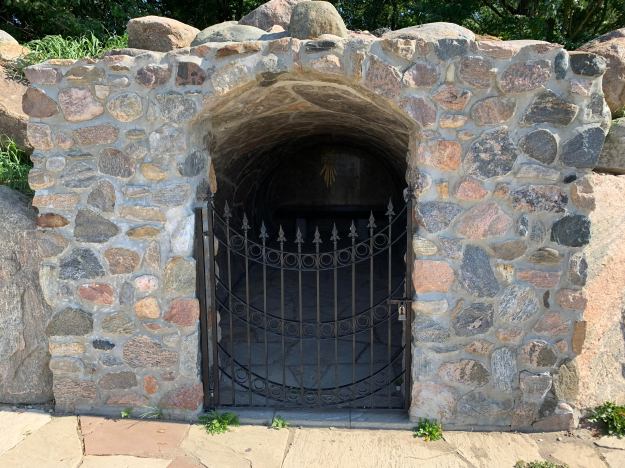 Marylake has become a place of pilgrimage for Catholics from all around the world and will continue to draw the faithful for years to come.