The original inhabitants of the Pickering area were the Senecas who had a settlement named Gandatsetiagon.  Frenchman’s Bay in Pickering was so named because of Francois de Salignac de Fenlon who arrived in Montreal in 1667 and came to Gandatsetiagon in 1669 to work as a missionary with the native people.  After 1791 when the British opened Upper Canada for colonization the area soon became home to settlers who started the settlement of Pickering.  We parked on West Shore Boulevard beside the Rotary Frenchman’s Bay West Park for our exploration of that park.   The county atlas picture below shows the area as it appeared in 1877. 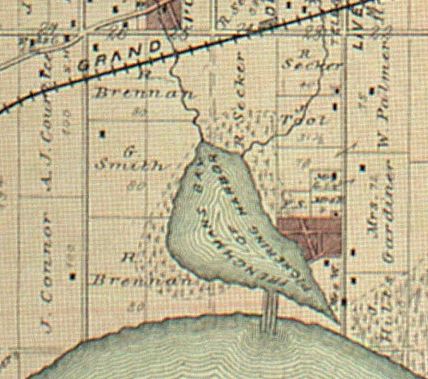 Very shortly after we entered the trail we came across a rose bush that is very well covered in rose hips.  These seed pods often require a winter season of freezing, known as stratification, before they can germinate.  Some species require two seasons of freezing.  The rose hips are frequently used in jams and teas because of their relatively high levels of vitamin c. 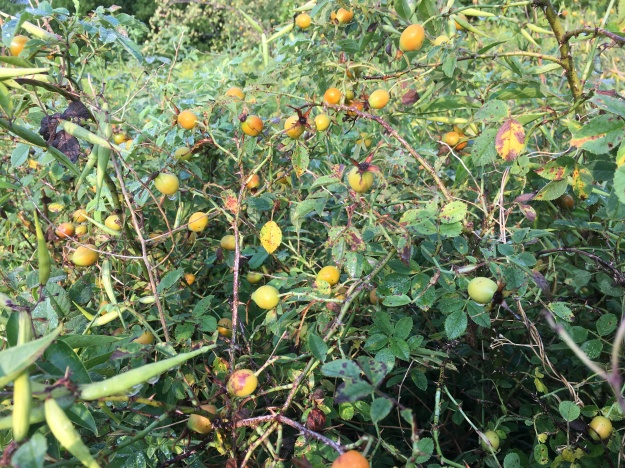 Several types of bee structures have been placed in the park to help encourage the bees that pollinate the wildflowers growing in the park. 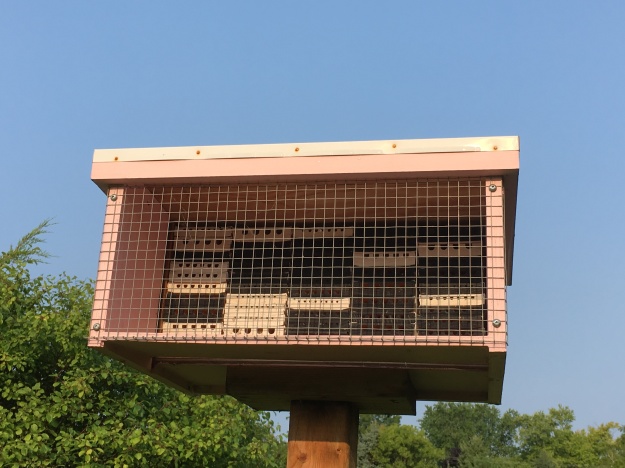 Several trails cut their way through the park leading to the Beachfront Promenade as well as the bay. 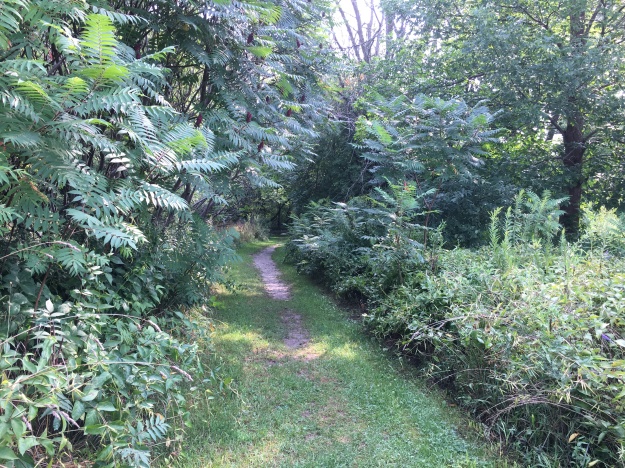 Cucumber beetles come in two groups, striped and spotted.  The striped one has three rows of black stripes on the abdomen while the spotted one, seen below, has 12 black spots.  The striped one feeds exclusively on cucurbits like cucumber, pumpkin or squash while the spotted on is less picky and will feed on other plants too.  Aside from often killing the host plant when the larvae feed on the roots these beetles carry bacterial and fungal diseases from one plant to another. 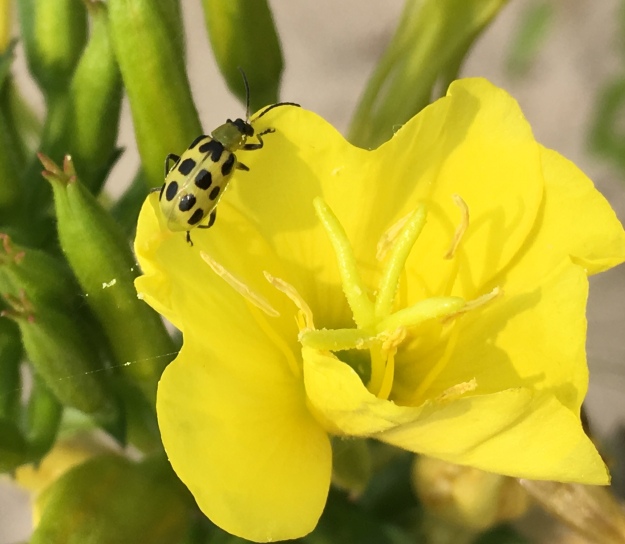 This year there appears to be a lot of monarch butterflies.  The section of the Waterfront Trail that surrounds Frenchman’s Bay is known as the Monarch Trail.  This 4.7 kilometre trail section commemorates the monarch butterfly and the annual stop they make at the bay on their return flight from the south. 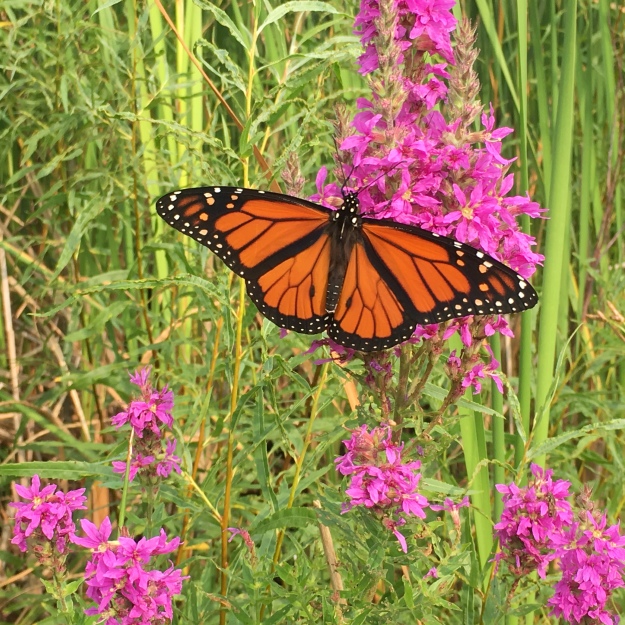 We saw the following sign and wondered who defines what constitutes an offence. 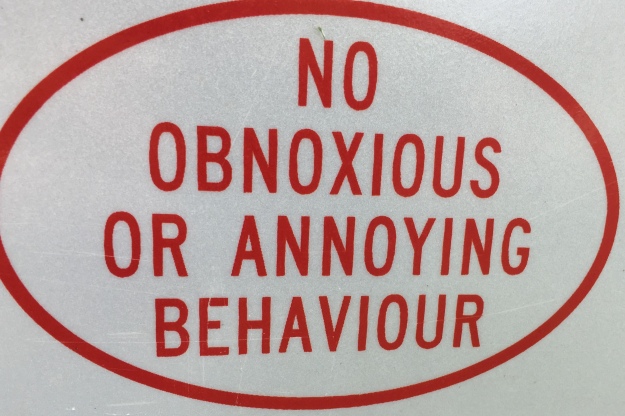 The park is home to the Pickering Rouge Canoe Club.  Canoes, kayaks and dragon boats all belong to the club.  Sculling is also done on the bay with the main difference between sculling and rowing being the use of two oars by a sculler and only one per rower. 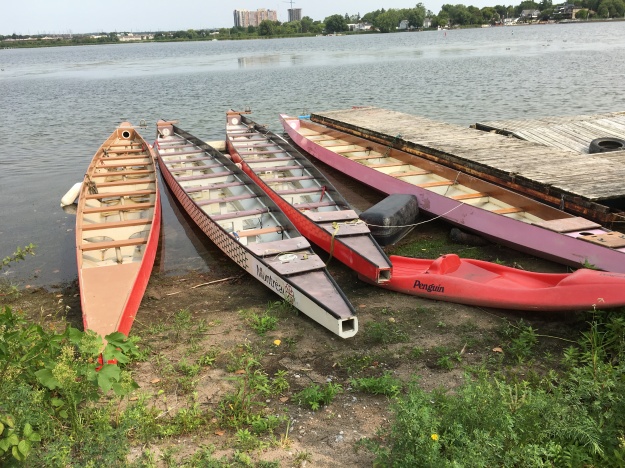 Frenchman’s Bay has a protected harbour with lengthy breakwalls protruding into the lake.  A small green lighthouse guards the west point while a red one is positioned on the east side.  The original channel into the harbour was dredged in 1843 and wooden piers were built to protect the entrance to the bay.  Looking to the east of the harbour you can see the towers of Pickering Nuclear Generating Plant.  The plant was built starting in 1966 and it is one of the oldest nuclear generating stations in the world.  Ontario has committed to continued use of the facility until 2024. 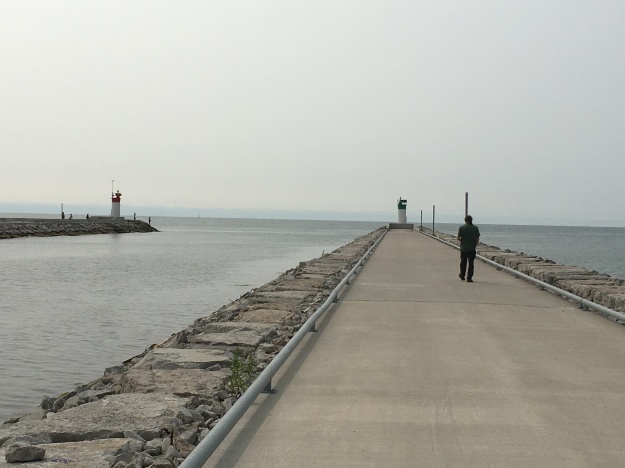 In 1843 a set of piers was constructed at the north end of the bay with a wharf extending into the middle of the bay.  The wharf was built of hand hewn timbers that were dovetailed and connected much the same way as a log cabin.  The sections were built in shallow water and then towed to their individual locations.  Using stone they were sunk to the bottom, which had been leveled already, and then filled with more stone.  The decking was placed on top and a hand rail was attached completing the structure.  The picture below shows a replica built to the dimensions of the original as measured from sections the archaeological society had recovered. 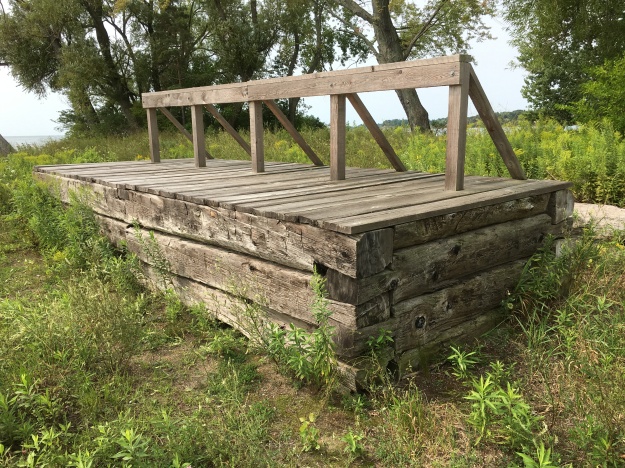 During the Second World War the production facilities of Cadillac were used for the manufacture of warplanes.  After the war they incorporated the concept of the wings into tail fins.  If I had an option to buy a classic car it would be a late 50’s Cadillac.  As we were returning from our hike we shared the highway with a string of antique cars.  Many of them had the words “RIP Paul Fernley” written in the rear window.  By having the person driving attain a similar speed to these cars I was able to get several great pictures of each car. 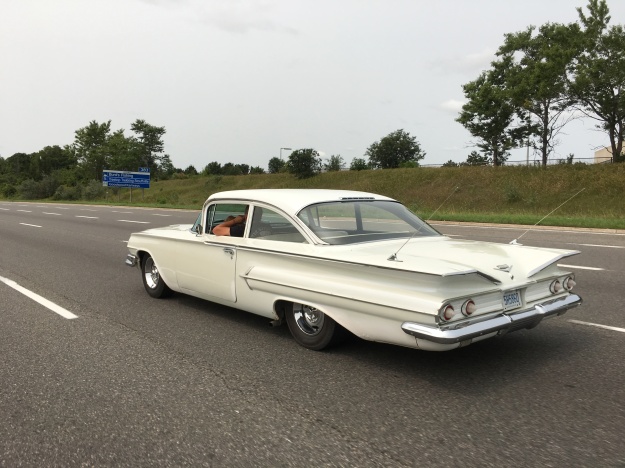 There are three trails that wrap around Frenchman’s Bay and we will need to return to visit the others.  On the east side of the bay is Alex Robertson Park with a unique set of carvings on the trees, including Merlin, that give the park an enchanted feeling.