This blog looks at the former military base in Downsview and is part one of a two part story which included an exploration of our new urban park.  The site of Downsview Park has a long history including being home of the first aircraft manufacturing plant in Canada.  In April of 1929 de Haviland Aircraft of Canada purchased 70 acres of land along Sheppard Avenue and moved their operations from Mount Dennis.  The property was chosen because it was flat and sat at a high elevation. de Havilland erected a 20,000 square foot building and hired a staff of 35 to start production of airplanes.  The original building still stands at 65 Carl Hall Road.  The section of old Sheppard Avenue that runs through the base is now known as Carl Hall Road.  Many of the roads on the base were named after World War One heroes and Carl Hall served and died at the river Seine on October 10, 1916.   The original manufacturing plant is one of a collection of twelve properties on the site that are collectively being considered for historic designation. 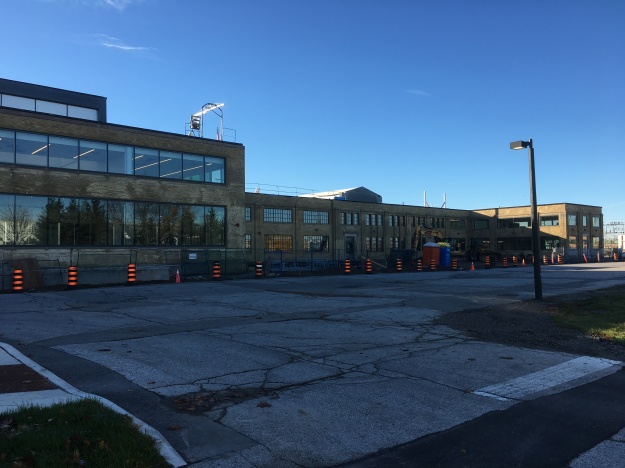 Additional land along Sheppard was purchased and production facilities were expanded during the Second World War when the facility began producing war planes.  Their staff grew to 2,400 and in 1942 they produced 550 Tiger Moths and another 362 Ansons.  That year they also developed the Mosquito fighter bomber at their Downsview plant.  When the war was over de Havilland went back to making commercial airplanes.  The Canadian Military maintained an interest in the runway at de Havilland and in 1947 bought up 270 of the surrounding properties to form RCAF Station Downsview.  The expanded runway is still in use to the east of the hanger where a small plane readies for take-off. 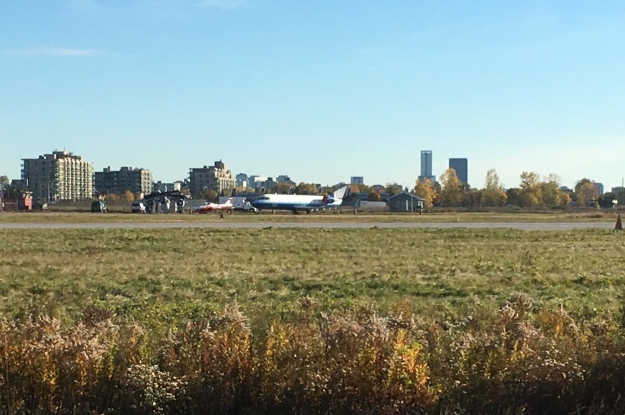 After the war the air force moved the 400 Squadron to Downsview and reformed the 401 Squadron there.  These two Auxiliary Squadrons became the heart of a new Air Material Base.  In 1952 the Department of National Defense was given control of the lands and they granted de Havilland a long term lease on some land to the south of the base.  With de Havilland moved out, the air force soon built maintenance buildings, headquarters and housing.  They expanded the runways and in 1962 expropriated the section of Sheppard Avenue that crossed the base.  In exchange, the military granted 86 feet of land along the north end of the runway for the construction of a new Sheppard Avenue.  It is good to see that several of the maintenance buildings at 60 Carl Hall have been re-purposed and Wildlife Rescue occupies at least one of them.  The portion with the curved roof was built in 1928 as a hangar at de Havilland’s airstrip at Mount Dennis.  It features a rare wooden bow truss structure and is the oldest building on the grounds.

In 1954 the RCAF built No. 1 Supply Depot.  This massive building covers 18.5 acres and was designed to survive the largest non-nuclear bomb of 1951.  It was also built with a one-million gallon storage tank beneath it.  Storm water was collected here for use as fire suppression.  It was also pumped onto the roof at times to reflect the sunshine and control the temperature inside.  Today it is 40 Carl Hall Road and among may other uses it houses a weekend flea market where one can buy some amazing shortbread cookies. 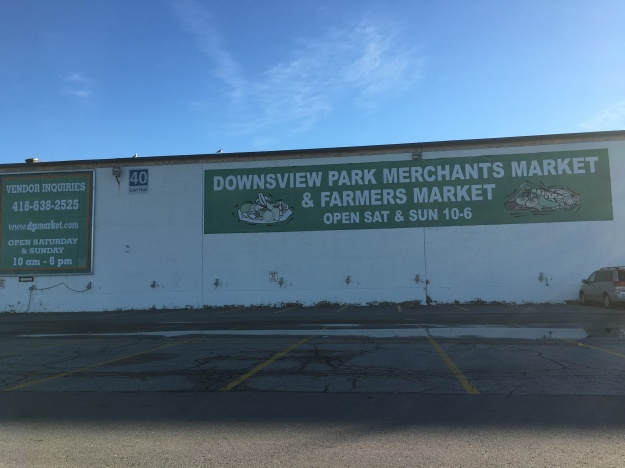 Plant Complex Number 3 was built by de Havilland at 35 Carl Hall in 1952 and consists of three buildings.  The rear of the complex includes two sets of concrete ventilation towers and chambers.  These were used in the development and testing of advancements in the testing and repair of jet engines.  The building was still rented by de Havilland after they moved into their new home later in 1952.

A central heating plant was used to supply heat to over 2 million square feet of buildings on the site.  The concrete construction uses fireproof cladding on the outside.  Four chimneys on the south side of the building mark the huge boilers inside.

Most of the historic buildings on site have been put into service with new tenants.  A notable exception is the old fire hall at 10 Carl Hall Road.  There are several older fire halls in the city that display fine architecture and ornate styles but by the 1950’s a more utilitarian style took over and buildings became purely functional.  The 1953 fire hall at Downsview had two bays on the east side, one of which could be driven straight through and out the west end.  As a result of the style few fire halls from this period survive once they are decommissioned as it is hard to find new tenants.  This shuttered fire hall is one of the very few that remain from this era that are not still in active service.

On the base the housing was divided into two sections.  At the north end of the base the Officers lived in William Baker Park where 81 detached and semi-detached houses were constructed.  The historic county atlas shows the area of William Baker as virgin trees in 1877, one of the rare spots on the map.  Today those houses have been removed and William Baker Park stands as a ghost town where the streetlights preside over empty streets and the houses have been demolished.  In the south end of the base a grouping of  barracks known as Stanley Greene were constructed for the enlisted men.  These were damaged in the Sunrise Propane Explosion on Aug. 10, 2008 and were demolished in 2009.  They have since been replaced by a great number of stacked townhouses.

Although the base closed in April 1996 the military has not completely moved out.  Defense Research Development Canada operates DRDC Toronto along Sheppard Avenue near Dufferin Street.  They have a display of military equipment in front of their building including the CF-5 Freedom Fighter jet seen on the cover and in this picture.  An M113 APC is on display adjacent to the jet.  The display also incorporates two Sherman Firefly tanks, a floating pontoon bridge and several other pieces of military equipment.

The pictures and story of our exploration of Downsview Park will be featured in an upcoming post.