Following Hurricane Hazel in 1954 a plan was developed that called for several dams to be constructed to provide flood control on the major waterways throughout the GTA.  Only three were actually built, including the one at G. Ross Lord Park on The Don River, the one at Claireville on The Humber River and Milne Dam on The Rouge River.  Until recently there was no access across The Rouge River in Milne Dam Conservation Area but a new set of bridges has changed that.  Our excursion to check out these new bridges began with a visit to Milne Dam Conservation Area. 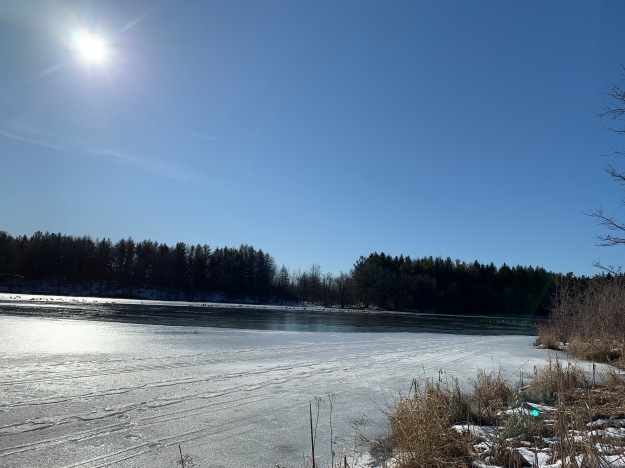 Closer to the dam the ice on the lake was much thinner.  Canada Geese are known for the “V” formation in which they fly which demonstrates a high level of social organization by providing support for the weaker birds in the tail of the formation.  The birds had cleared a winding path through the ice that they kept open simply by being organized enough to all use the same route.  It’s always interesting to observe the behaviour of the wildlife around us. 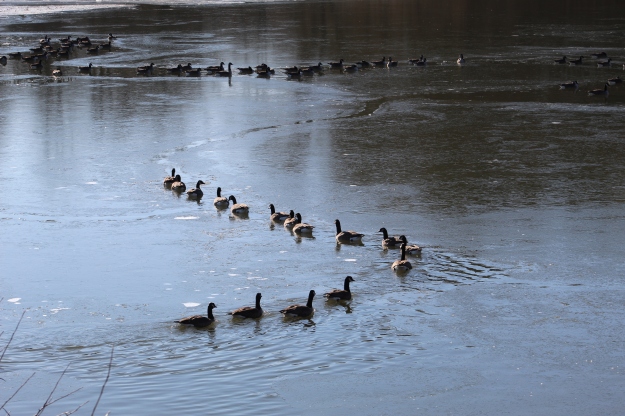 Male red-winged blackbirds can be easily identified by the red epaulets on their shoulders.  The spring migration of these birds begins in mid-February and continues through to mid-May.  The males and females migrate separately with the males returning first in the spring and leaving last in the fall. 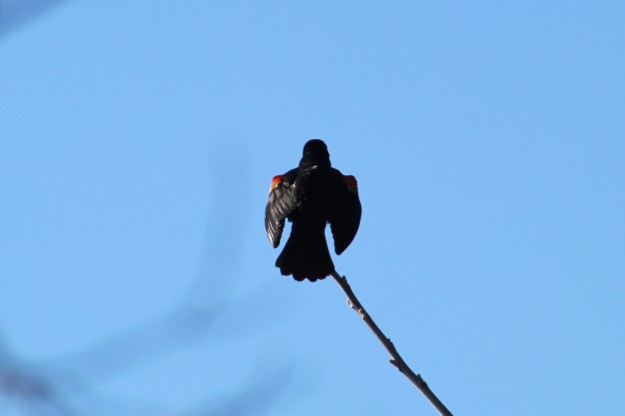 Before you reach the dam you come to the newly constructed Milne Creek Bridge.  It is 42 metres long and helps connect the Markham Rouge Valley Trail which begins in Unionville at Toogood Pond.  The new bridges in the Milne Dam Conservation Area were officially opened on September 21, 2019.  The first three phases of the 15 kilometre trail are completed with the final phase currently under construction.

The bridge is a multi span, cable-stayed design with a fanned-cable system.  From the middle of each of the main pylons the cables extend to three anchor points along the bridge decking.  Cable stayed bridges have several advantages over suspension bridges.  The cables allow the horizontal forces to balance which reduces the need for large ground anchorage points.    The cables provide a much stiffer structure to the bridge so that deformations of the deck under live loads are reduced.  The cables also work during construction of the bridge to allow spans to be cantilevered out from the pylon, providing both temporary and permanent support.

The bridge is 143 metres long with the main section over the river being 45 metres.  It was built in sections off site and brought into the environmentally sensitive area ready to be installed.  The precast concrete decking was detailed to match the curvilinear approach on the west end of the bridge. 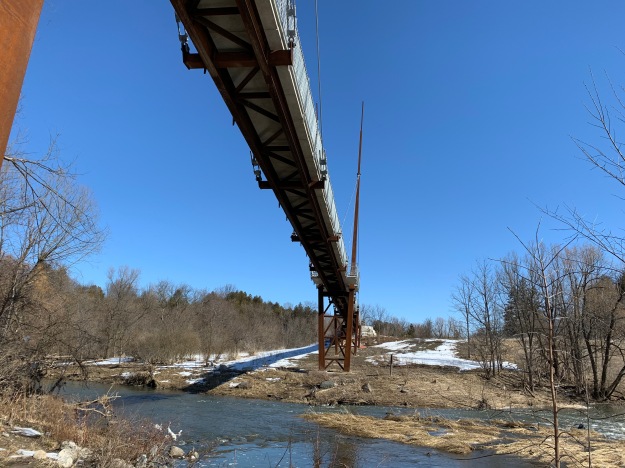 The sunshine was sparkling on the waters of The Rouge River as they flowed over the Milne Dam.  The smaller concrete piers below the dam act to dissipate the energy the water gains as it drops over the falls.

From below the bridge the view up to the little observation platforms is actually more breathtaking than the view from the platforms themselves. 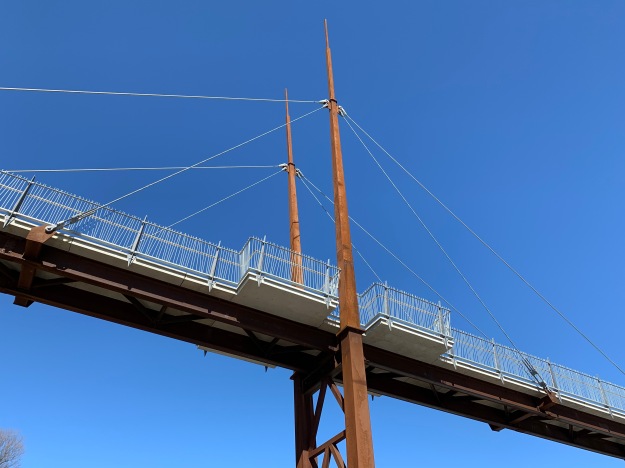 From the bridge you get a nice view of the dam in one direction and the Rouge River in the other one.  The bridge passes over the river at a height of 20 metres.

This bridge provides the link to a much longer hike along the newly connected trail system, and a reason for a potential return visit.

Check out this link for our previous post on Milne Dam Conservation Area.