The community of German Mills didn’t last very long and there is only one building left standing.  We decided to investigate the area which has now become a park and we found free parking on the end of Leslie Street where it has been closed north of Steeles Avenue.

The county atlas was drawn in 1877 and by that time there was no longer a community named German Mills.  The school was replaced in 1874 with a new building on German Mills Street but it is the last remaining structure from this early settlement.  On the map below Leslie Street is brown while John Street, a given road, is yellow.  German Mills Creek is in blue while our hike is roughly outlined in green. 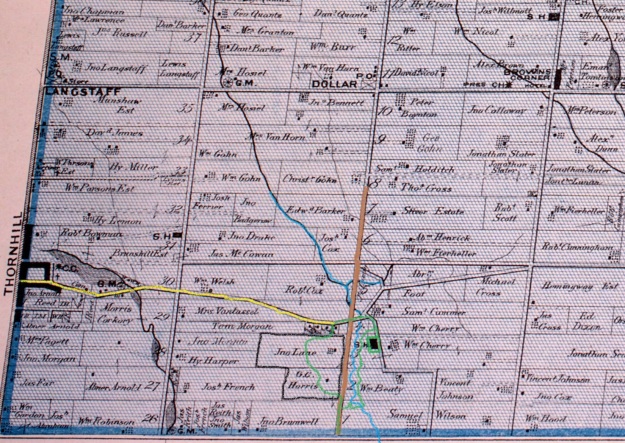 Jack in the pulpit grow for up to 100 years from their corm, a type of root similar to a small turnip, although basically inedible.  They spread through seeds that are grown inside their berries.  The berries will turn from green to red when the seeds are ready.  The berries can be harvested and the seeds gently squeezed out.  There will usually be 4 to 6 seeds in each berry.  These can be planted about 1/2 inch deep in the fall. 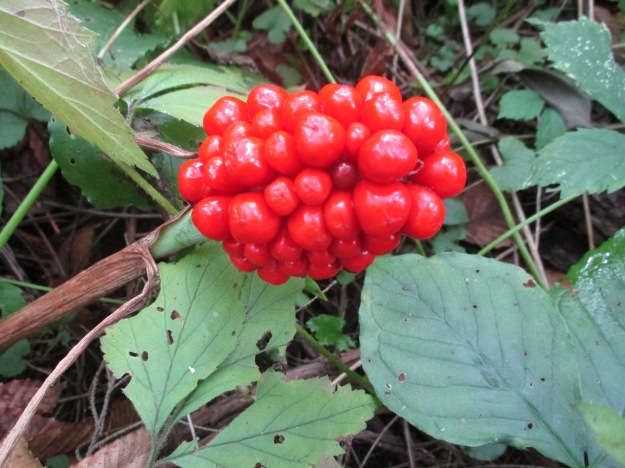 German Mills was settled in 1794, the year following the founding of York (Toronto) by a group of German families.  They not only established the first industrial complex in Markham but set an early example of the development of Canada through a multicultural approach.  The settlement didn’t last long because the water supply was inadequate to power their mills.  The picture below shows a sketch of the settlement that can be found on an interpretive plaque along the trail. 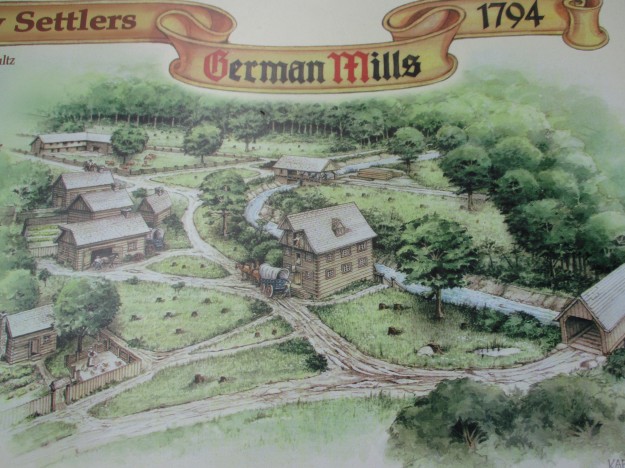 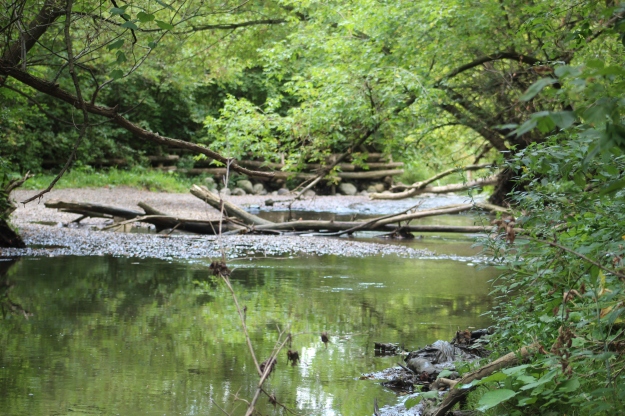 Pheasant’s-back Polypore is also known as Dryad’s Saddle and is one of the larger polypore mushrooms found in Ontario.  The caps can reach 12 inches or more with the example seen below coming in at nearly 13 inches.  Although this mushroom is edible it is also rather tough and rubbery.  The outer edges are sometimes pickled or fried and are reported to taste like watermelon rind.  They are common from May until November and they seem to have been quite prolific this year with some trees having had several crops growing on them already. 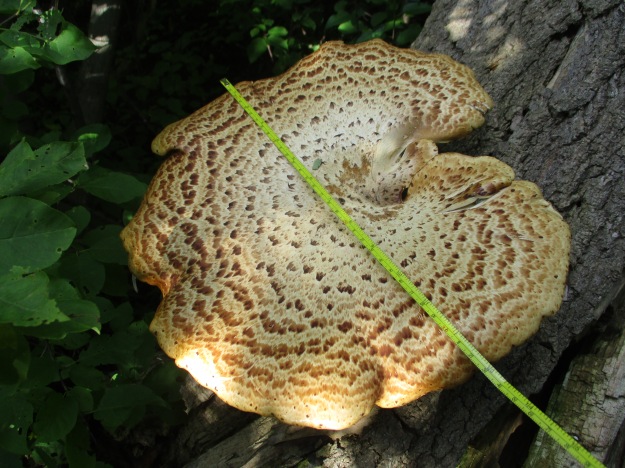 On the county atlas above the lots belonging to John Lane and G. C. Harris have been outlined in black.  A large portion of each of these lots was used for gravel extraction between 1940 and 1960.  When the aggregate supply was exhausted the empty pit was converted into the Sabiston Landfill.  From 1960 to 1975 the landfill operated with no records of what types of materials were dumped there and in which sections.  The site continues to produce methane gas that is released into the air and leachate which enters the groundwater.  Today there is a one metre clay cap over the landfill and the area has been designated as the German Mills Meadow and Natural Habitat. 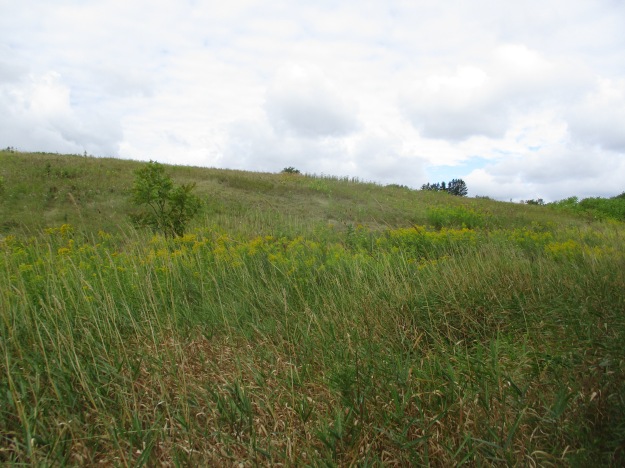 The mound that represents the former landfill is now monitored for discharges.  A decade ago the Town of Markham was considering installing an aerobic system to help speed up the elimination of methane and leachate from the site.  Local residents protested the plan based on the fact that methane was below the 2.5% level that the Ministry of the Environment sets as safe.  The community succeeded in 2012 in getting the plan halted by arguing 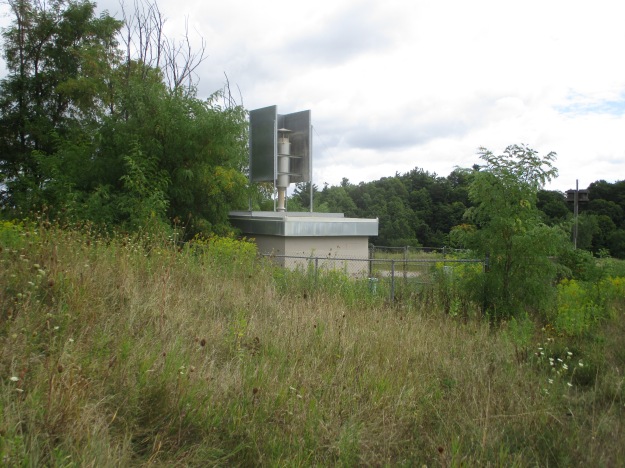 We found another one of these old canoes which has been planted to help encourage pollinators to do their thing. 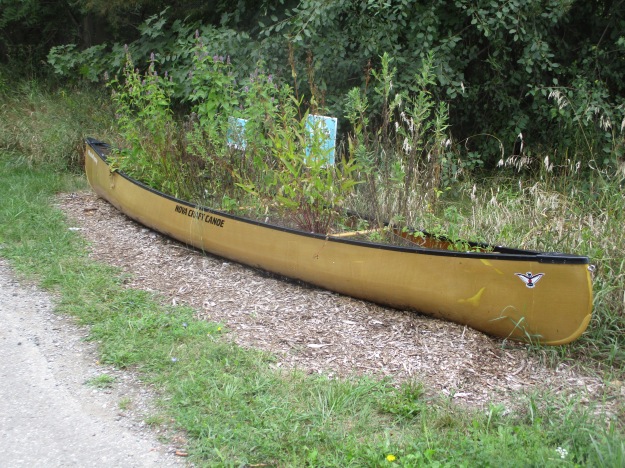 The community of German Mills constructed a one room log school to serve the children of the community.  In 1874 it was decided to replace the school with a larger board and batten structure.  The school was built with separate entrances for the boys and girls as was common in the Victorian Era.  One of the interesting features of the architecture is the way the batten curve into scallops under the boxed cornice of the roof. 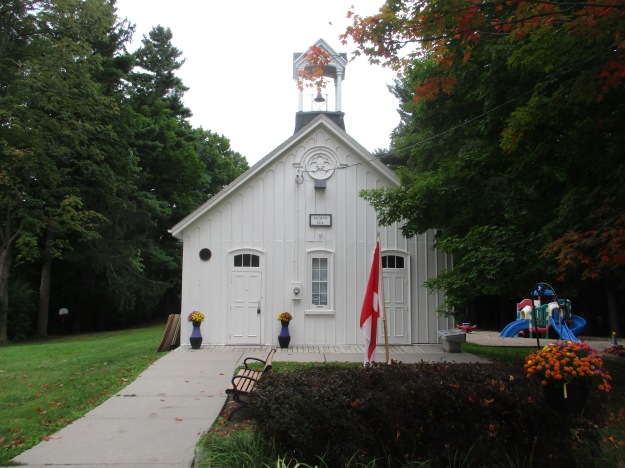 Originally known as school section number 2 there were over thirty different teachers who served here between 1874 and 1962 when it closed.  The original bell still hangs in the bell tower. 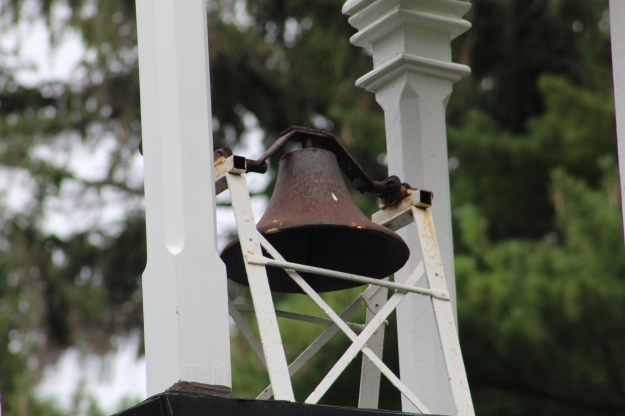 One of the notable teachers from the school was Leonard S Klink who taught here in the 1890’s.  He was responsible for getting the students to plant rows of spruce trees around the sides of the property.  These trees continue to mark the outline of the school yard.  Klink went on to serve as the President of The University of British Columbia from 1919-1944. 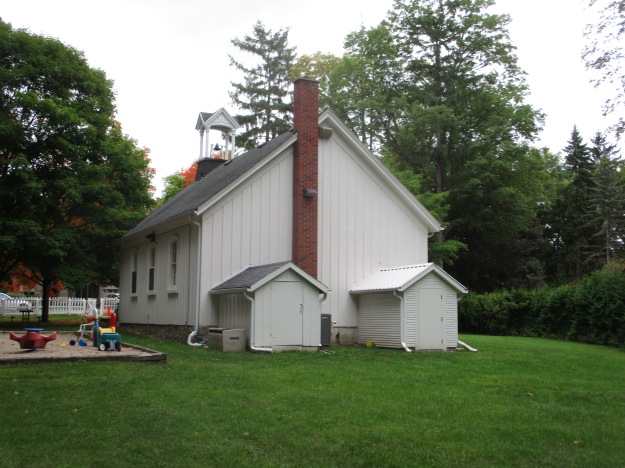 Poison ivy seems to have had a good year and there is plenty of it in German Mills Settlers Park.  The sap contains a substance known as urushiol that usually causes a reaction within 24-48 hours.  Controlling poison ivy by burning it can be very dangerous because inhalation of the smoke can cause the rash to develop on the inside of the lungs.  This can be very painful and possibly fatal. 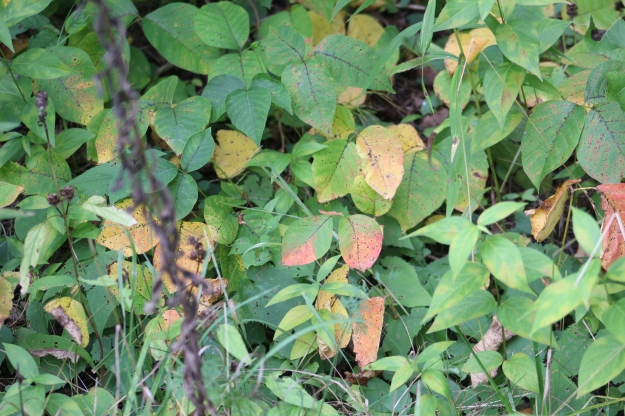 Bur Oak is a member of the group of white oaks and is also known as mossy cup oak.  The tree typically reaches 30 metres tall but has been known to be as large as 50 metres.  Like most oak trees they grow slowly but can live for up to 400 years.  The acorns are also large growing up to 5 cm in size.  These trees produce a heavy crop of acorns every few years in a process known as masting.  This bumper crop overwhelms the ability of the local wildlife to consume the acorns and ensures the survival of some seeds. 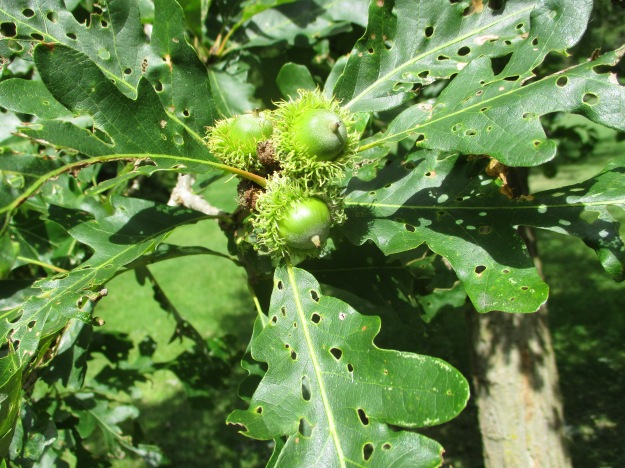 German Mills Settlers Park is about to undergo construction work to prevent erosion from damaging the sewer pipe that runs along the length of the creek.  This will change the natural look of the creek for several years.