If you have driven the QEW to Niagara Falls you have likely noticed the abandoned ship that sits in Jordan Harbour near St. Catharines.  Having spent one of my holidays in Niagara exploring the falls and several historical sites I decided to stop for a few minutes on the way home and get some pictures. 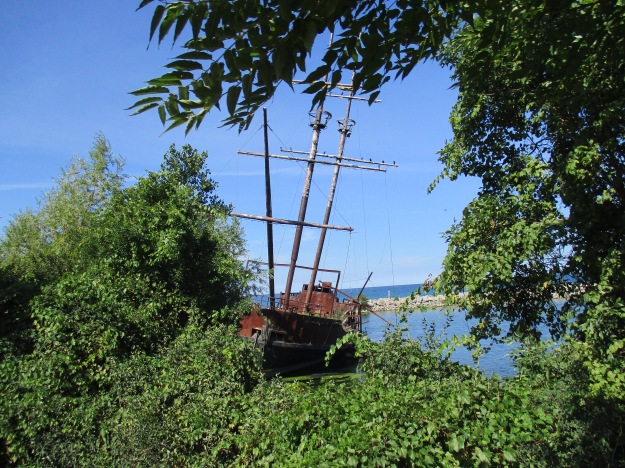 Built in 1914, La Grande Hermine (The Big Weasel) spent 77 years in service as a Quebec ferry and cargo ship.  In 1991 the 140 foot hull was outfitted with a wood veneer that converted it into a replica of La Grande Hermine the largest of the three ships Jacques Cartier used when he explored Canada. This ship is not the same one that was outfitted as La Grande Hermine and used as a floating restaurant and bar in Expo ’67.  That ship was moved to Quebec City. 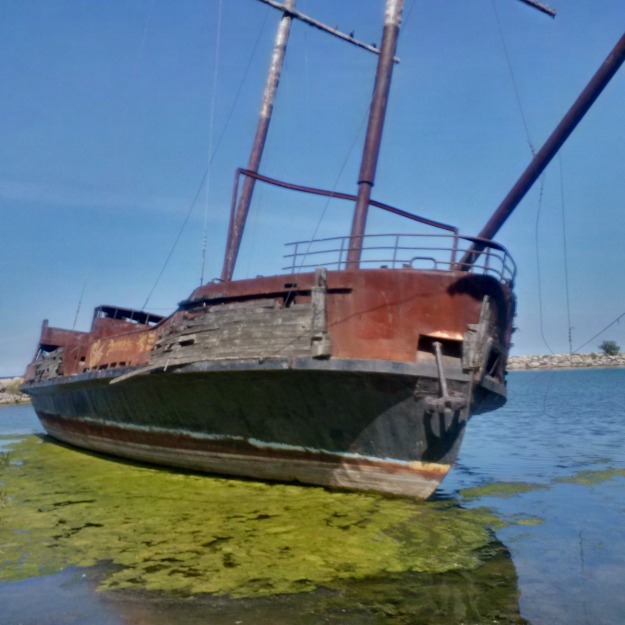 The vessel was later decked out as a pirate ship that was used at Halloween to raise money to support a children’s hot-lunch program. 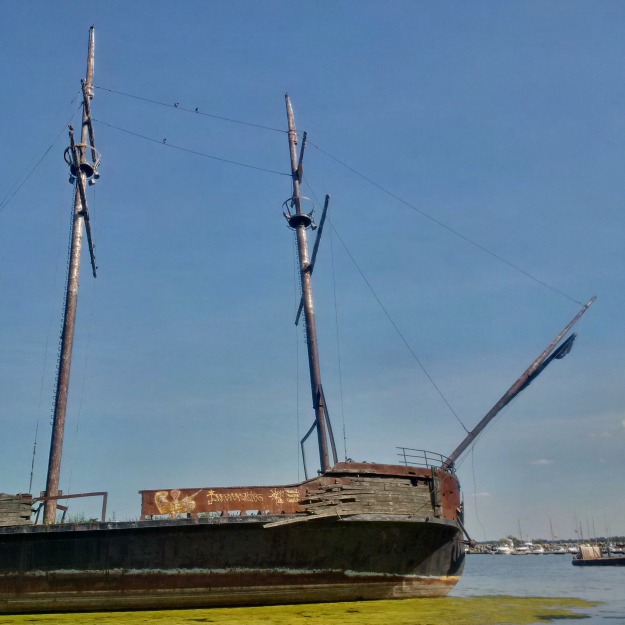 Unpaid dock fees led to the ship being moved from Montreal in 1997 and it was brought to Niagara with the intention of converting it into a casino.  While the paperwork was caught up the owner died and the ship was left abandoned in Jordan Harbour. 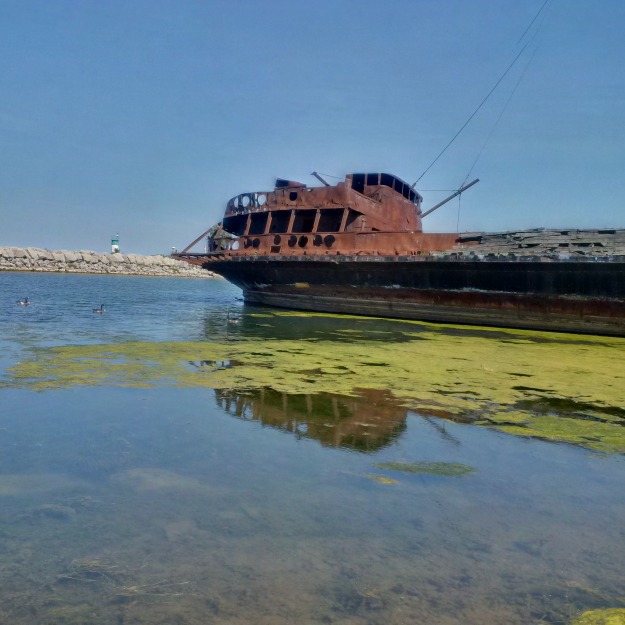 It had become a playground for kids and in January of 2003 the ship was destroyed when a fire got out of control.  The ship now leans to one side as it half floats and half rests in the weeds of Jordan Harbour where it has become something of a local attraction. 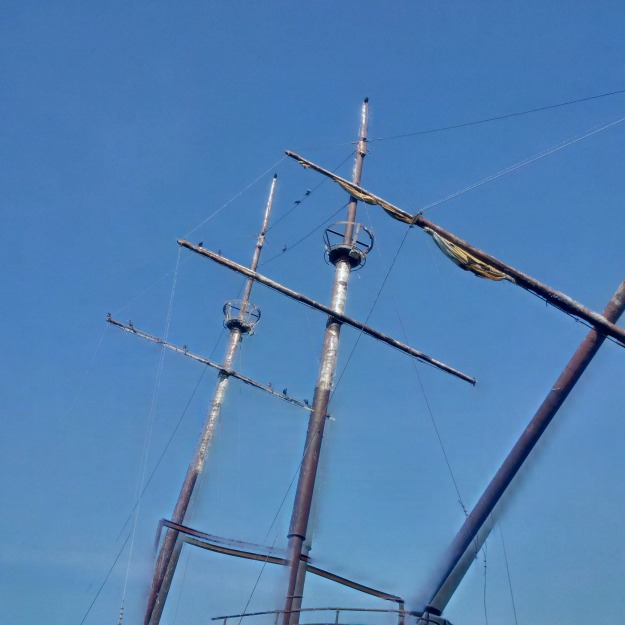 This stock photo below shows the La Grande Hermine looked like when it arrived in Jordan Harbour. 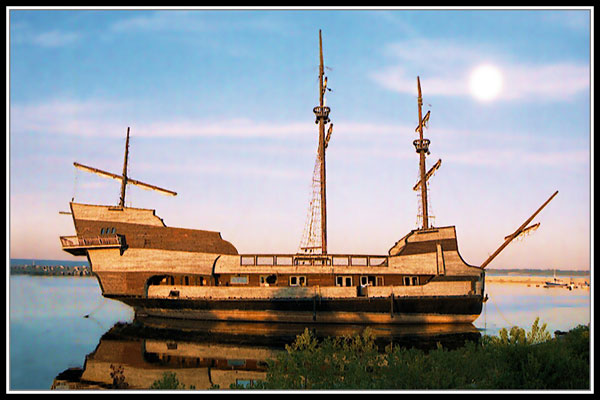 There’s no real hiking involved with a visit to La Grande Hermine but it is a pretty cool place to stop for a few pictures.