On Tuesday, Toronto’s Parks and Environment Committee decided to recommend the various parklands of the Lower Don River be renamed as the Wonscotonach Parklands.  This initiates a process that will allow public consultation on the plan.  The Don River was known as Wonscontonach before the arrival of John Graves Simcoe in 1793.  Simcoe didn’t like native names and routinely changed them (Toronto was changed to York).  If approved the newly named mega-park would be part of a gesture of reconciliation to aboriginal people.  The combined parklands would feature a significant number of points of interest.  Here are a few that Hiking the GTA has visited.

From Corktown Common to Riverdale the park will stretch along the river where numerous bridges, new and abandoned, can be investigated.

Riverdale Park is on both sides of the Don River but the west side also features Riverdale Farm.

The park will pass under the now abandoned Half-Mile Bridge. 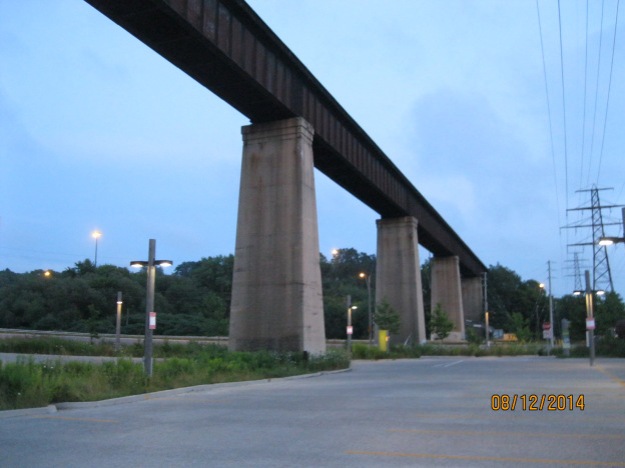 Several historic buildings and a reclaimed pit were the site of a complex that produced bricks for many of Toronto’s early buildings.

Just north of the Brick Works was one of three paper mills that also belonged to the Taylor Brothers.

The Taylor house was moved from the family homestead to Todmorden but a kiln remains near a restored wetlands.

Crother’s Woods has been reclaimed after a period of heavy industrial use and now has multiple trails along the ravine and through Sun Valley.

The top end of the proposed park will feature an excellent example of a concrete bowstring bridge where the abandoned portion of Don Mills Road passed over the Don River.

If the name change takes place Toronto will have a mega-park that it can be proud of that will reflect the people who lived here long before the first condo was built.