The short section of Etobicoke Creek Trail that runs between the 401 and Eglinton Avenue is home to at least four dead cars.  We had previously visited a Chevy Vega  that is in the woods to the side of the trail a little south of Sismet Road.  The story of this car is told in a previous post that will be linked at the end, should you wish to further explore. The pictures for this post were taken at the end of May so should you choose to visit you may find the foliage is a little thicker now.

After you pass under Matheson Boulevard the trail will carry you across Etobicoke Creek and into the Toronto side of the park.  The Etobicoke Creek Trail doesn’t pass under the 401 at this time because of safety concerns during restoration of the highway bridges but if you get this far without seeing the old cars you have gone too far.  It appears that there are three cars in one little cluster, all of them in advanced decay.  The first one that we could identify is a 1973 Datsun 1200 coupe.  One of the key attributes that was used to make the identification was the pair of vents on the door panel.  Although the dashboard no longer has any gauges in it the layout is also clearly the same as seen in pictures of the Datsun 1200 Coupe.

The car had an oblong cluster of three lights on each side of the rear for tail lights.  The innermost on the right has enough of the plastic left to show that it was the white section. 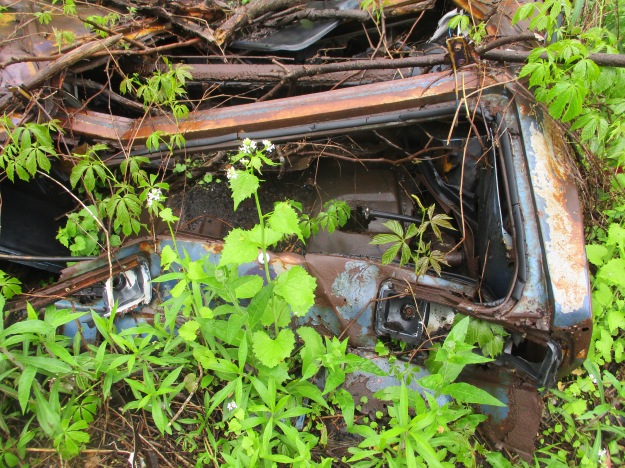 The eight cylinder engine still contains some spark plugs but you’ll likely want to do a full tune-up anyway as part of any restoration. 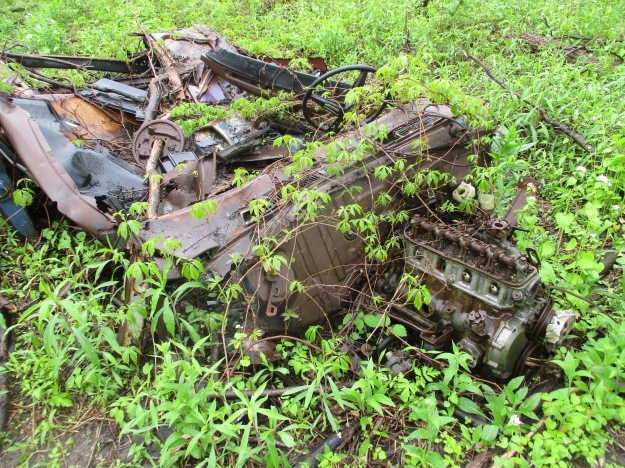 Like the cover photo, this picture shows the Datsun 1200 from the rear.  It’s going to take a little work to get this one back on the road.

Here’s a picture of a new 1973 Datsun 1200.  Notice the vents on the door panel and the tail light configuration. 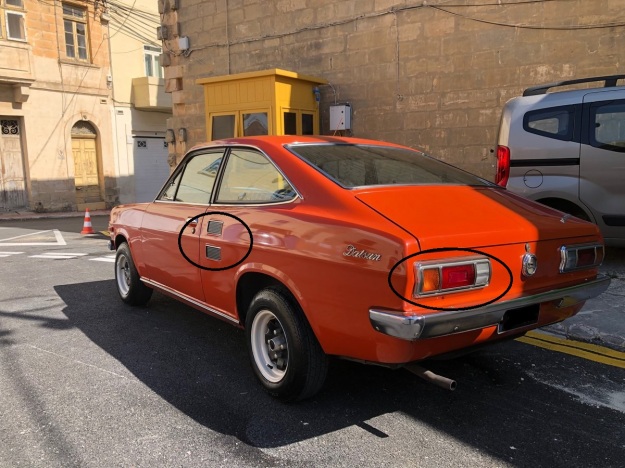 Car number two is a Chrysler and it too has seen some better days. 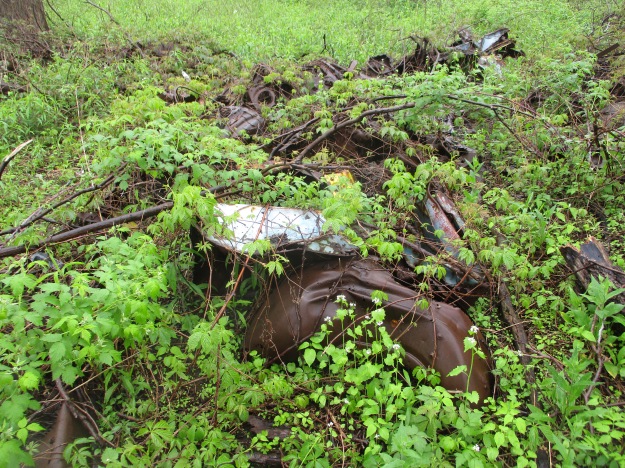 There’s been a few parts removed from the engine but once you replace them you can set the firing order as per the sequence on the casting. 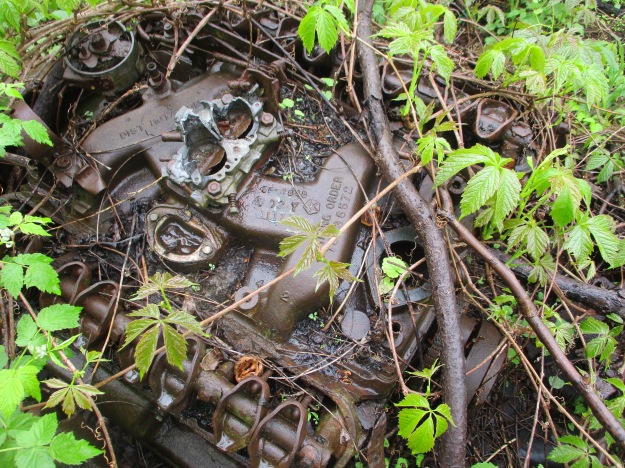 The code on the side of the exhaust manifold casting indicates that this is a Mopar 340 engine cast in 1971 or 1972.  Beside the part number is a date wheel indicating that the casting was done in October 1971 which means that this was likely installed in a 1972 model year vehicle.  This limits the model to one of five a Duster, Demon, Road Runner, Charger Super B or a ‘Cuda 340.

Car number three is a GM but we were unable to come up with much more information on this relic.

We can deduce that the model year was likely 1970 or earlier based on the bumper design.  The 5 MPH crash design was imposed in 1971.  This required that an impact at 5 MPH should not damage the lights and so they were removed from the bumpers and placed on the read panel of the car.  The bumpers were extended from the frame and much of the fancy tail light/bumper design was lost forever.  This rear bumper appears in two parts likely with an extended cluster of tail lights running between them. 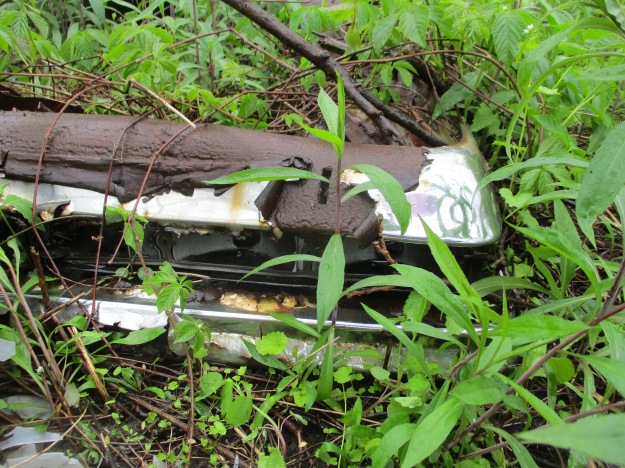 The side of the engine has the letters GM which at least tells us the brand of vehicle.

A 1975 Chevy Vega sits in the woods a little farther south along the trail.  You can read more about it in our post Etobicoke Creek Trail.

There appears to be plenty left to discover in future hikes along the Etobicoke Creek Trail.

Check out this link for our top 20 stories of all time: Back Tracks: Five Years Of Trails

2 thoughts on “The Auto Graveyard”