The Culham Trail runs along the Credit River through Mississauga.  The trail will become part of the Credit Valley Trail when it is completed.  The Culham Trail runs for 12 kilometres but as I had a day off work it seemed like a god time to explore part of the trail.  I parked near Barbertown in a free parking lot at the foot of the bridge that carries Eglinton Avenue across the Credit River.  Barbertown is the site of a ghost town that once served a milling empire in the south end of Streetsville.

From this parking lot I headed south along the river through Hewicks Meadows.  I was quickly treated to the sight of a grey squirrel drinking from a pool of water beside the trail. 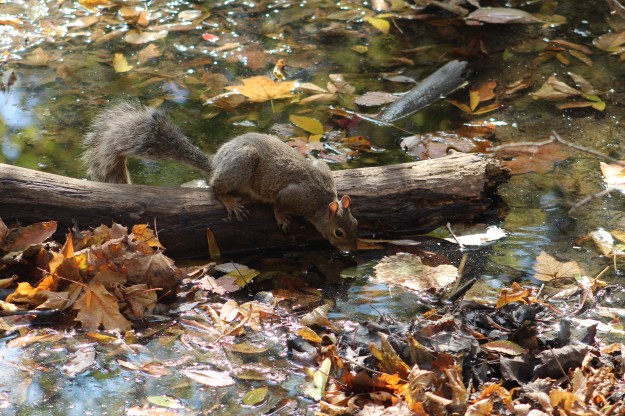 There were several great blue herons on the river and this one was putting on a display for me.  It was pruning its feathers and making funny faces and head motions as if it was trying to make me laugh.  It worked.

It will soon be time for snakes to prepare to hibernate for the winter.  This common water snake was taking advantage of the nice weather to soak up a little heat and some vitamin D which is used to keep its bones strong.  Snakes will lie in the sun and then move into the shade to regulate their body temperature.  If they get too hot or cold they become sluggish and some body functions, such as digestion, cease to function.

It was a great day to view herons along the river.  There is a small outfall near the power corridor that carries water from the storm drains in the subdivision above.  As I approached, a small black-capped night heron flew out.  A great blue heron remained in the water as he was more concerned with getting lunch then with me and my camera.

As I made my way along the side of this outfall I saw the reason for the herons to be hanging out here.  The pool at the mouth of the outfall was full of small fish just waiting to become someones dinner. 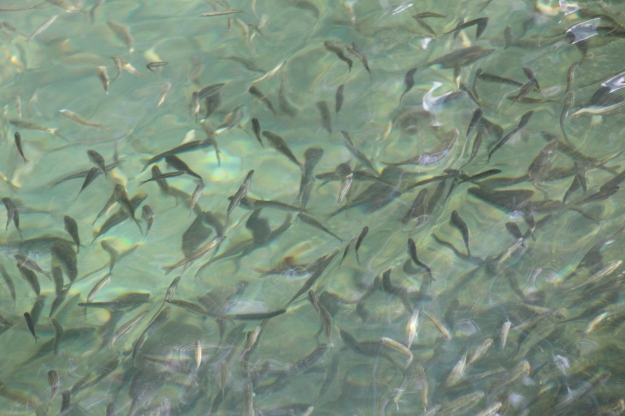 It was a beautiful fall day with the leaves turning colour a little slower this year than normal.  There still seems to be quite a bit of green in the forest.  There is no formal trail through this section of Hewicks Meadow and one can follow the sidewalk through Credit Point subdivision until it enters the park again.  For those who don’t care for sidewalks there is also a path along the side of the river where you can make your way toward the bridge for the 403 and join the formal trail again.

After you pass the 403 you enter Riverwood Park which includes the former Zaichuk Property.  Several old pieces of farm machinery are scattered throughout the fields and trees.  The house known as Riverwood is the centre piece for the park and this former estate included the first swimming pool in the area that would become Mississauga.  The house was built with stone that was carried up from the river below.  There is a set of old stairs that lead up to the back of the house.  They make an interesting climb but you will find a fence at the top.

Salmon are making their way up the Credit River in their annual spawning run.  The salmon spend at least three years maturing in the cold deep waters of Lake Ontario.  Then in September or October they make their way back into the river or stream in which they were themselves spawned.  They return to the same spawning beds where they hatched and lay their eggs.  The salmon stop eating when they enter the rivers and expend all of their energy getting back upstream.  After they spawn they have no energy for the return trip and so they die.  Seagulls were feasting on the bodies of dead salmon in the river and other scavengers are attracted by the smell of rotting fish.  There were several turkey vultures circling over the river and a few were resting in the trees along either side. 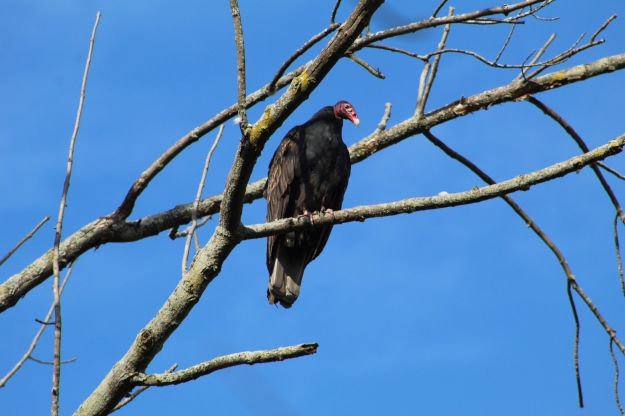 As I was making my way back toward the car I saw a Police vehicle at the base of the Burnhamthorpe Bridge.  Three officers got out of the car and made their way toward the river.  I thought this was a little unusual and wondered if someone had been lost or had fallen from the bridge.  I carried on and was surprised to see another Police vehicle at the 403 bridge.  This car had three more officers who were busy inflating a raft.  As there were no incidents on the Police reports for the day it is likely that this was some kind of a training exercise. 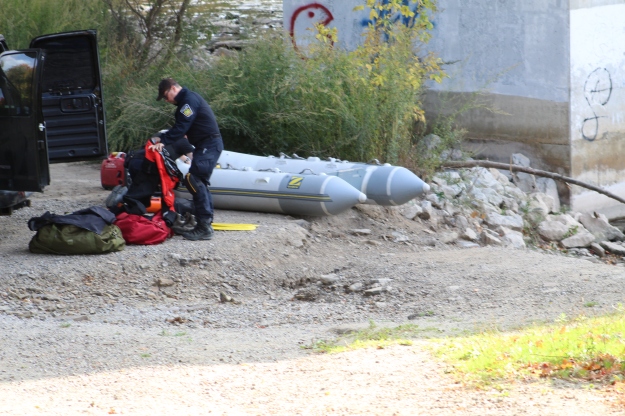 Across the river from the trail is the Croatian Parish Park and there was another great blue heron on the grass.  It was going along and picking up sticks that were in the grass and carrying them over to the river bank where it would drop them on the stones. 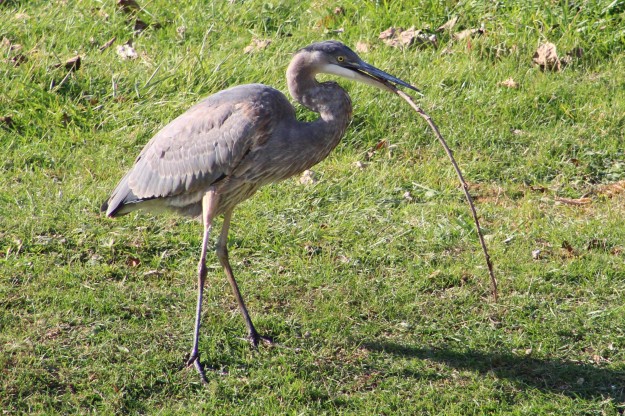 It was nice to see that the local animals help to keep the place tidied up. 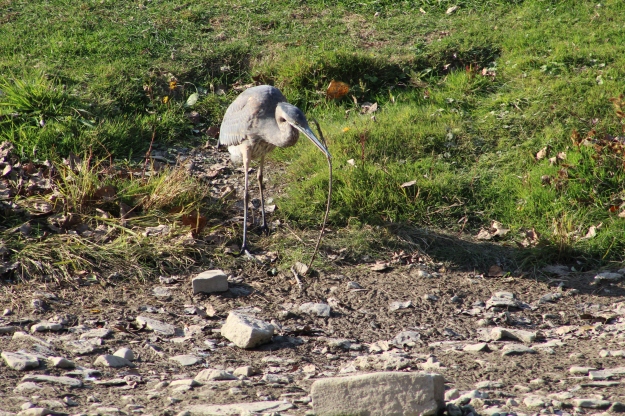 The Culham Trail is an interesting place to explore and it will only become better as the Credit Valley Trail is completed.  An extended look at the trail can be found in our post Culham Trail Mississauga.