Colonel Samuel Smith Park in Etobicoke has a large waterfront, is home to over 100 species of birds and features the restored buildings of the Mimico Branch Asylum.  There is parking in a paid lot in the park as well as limited free street parking off 13th street.

Samuel Smith was born in Hempstead New York on December 27, 1756.  At 21 he joined The Queens Rangers to fight for the British in the American War of Independence.  After the war he moved with other Loyalists to New Brunswick but ended up in England before long.  He earned the title of Captain and was sent to Niagara where his promotions continued and he rose to the rank of Lieutenant-Colonel.  In 1801 he retired and purchased 1000 acres of land in Etobicoke.  Eventually, he owned the land between Bloor Street and the lake in a strip from Kipling to Etobicoke Creek.  He sold John Strachan the land that was used to build Trinity College. After the college was demolished in the 1950’s that section was converted to Trinity Bellwoods Park.  These two swans were quite sure that I might be a source of bread for them and the hundreds of mallard ducks that were there.  In fact, bread is not good for waterfowl as they can’t digest it properly and it sits in their stomach and gets bloated.  It can prevent them from eating sufficient good food to get their nutrition.

Samuel Smith served as the Administrator of Upper Canada between 1817 and 1818.  His term followed very shortly after the War of 1812-1814 and distrust for the Americans still ran high.  Smith imposed strict rules on American immigrants, requiring them to take an oath of allegiance as well as live on their land for seven years before they were granted the patent to the land.  Samuel Smith Park is a stopping place for Whimbrels in their migration from Virgina each year.  It is hard to believe that 12 kilometres of water separates the point of land known as Whimbrel Point and the Toronto skyline but Google Earth confirms that it is.  The cover photo shows the view back toward Toronto.

Smith was on the Executive Council until October 1825 when he retired from politics.  He passed away just a year later on October 20, 1826.  From the end of the break wall, you can see the Long Branch skyline including the old water tower at The Arsenal Lands.

The land for Col. Samuel Smith Park was acquired by the city in the 1970’s but not a lot was done with it for twenty years.  The Lakeshore Psychiatric Hospital occupied part of the grounds until it was closed On September 1, 1979.  The buildings sat empty until they were renovated starting in 1999.  Construction debris was dumped along the lakeshore creating much of the land south of the hospital old sports field.  Thousands of old bricks from brick makers as far away as at least Milton can be seen and someone has taken the time to make a little brick road which displays some of this diversity.

The shape of the spits that have been built into the lake has caused an interesting flow to the water that can be seen in how things are deposited on the beaches.  There are small shingle beaches made up of tiny stones, a small section covered in seaweed and a section of shoreline where the old bricks have been worn to very small pieces.  The picture below shows another section which is covered several inches deep with crushed zebra mussel shells.  Zebra mussels are invasive having only been first recorded in the Great Lakes in 1988.  Since then they have spread into connected waterways.  Colonies can produce between 30,000 and a million eggs per year allowing them to take over large areas.  They attach themselves to almost anything and when they run out of room they pile on top of each other. 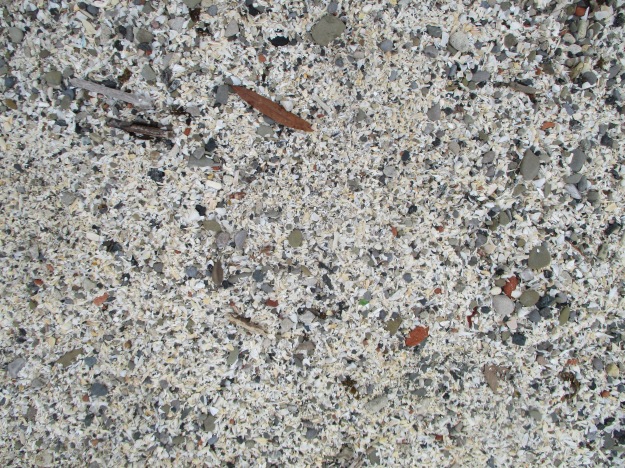 American Mink have made the park home and have many nesting places in the rip rap that forms the shoreline.  They build a fur-lined nest in which they will raise a litter of between three and six kits which will be born blind.  After 25 days they open their eyes but remain dependent on their mother’s milk for five weeks.  The mink is a good swimmer who can dive as deep as sixteen feet in search of food.  Their diet consists of fish, rabbits, squirrels, snakes and frogs.  When distressed it will spray with a foul smelling secretion from glands in the anus that smells worse then that of the skunk.  They say that mink will purr like a kitten when they’re content.  I mink, therefore I am. 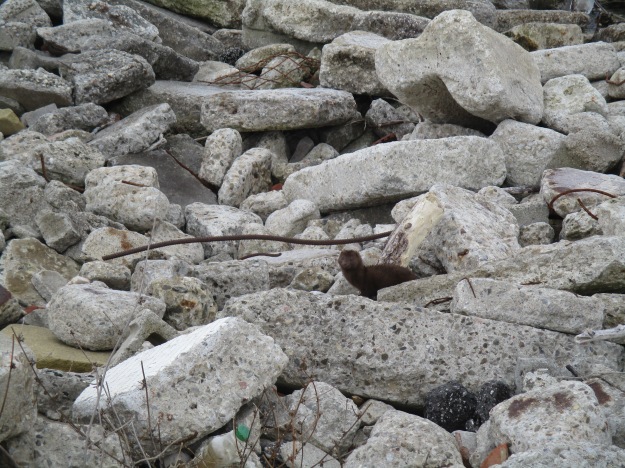 The harbour at the park contains The Lakeshore Yacht club of which there are still three in the water, apparently being lived in. 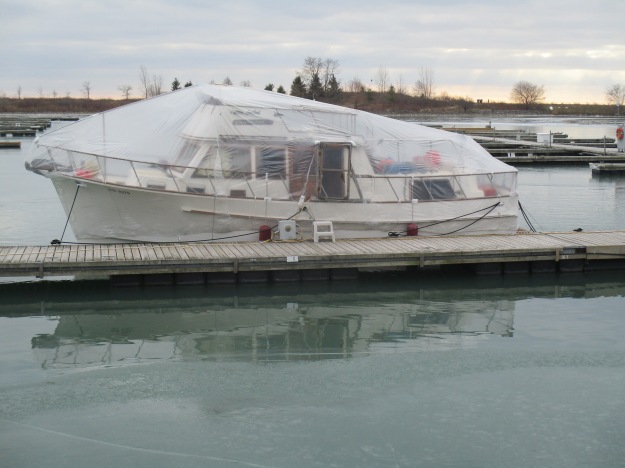 The Colonel Samuel Smith Skating Trail opened on Dec. 8, 2010, giving the city its only skating trail.  The half-kilometer long, figure-eight, trail is kept frozen using two 75 hp compressors and is maintained with a dedicated Zamboni.  The changerooms in the old Generating Building are closed for renovation but washrooms are being provided with porta-potties.  A hand-warming fire near the trail is only lit when a staff member is there full time and therefore ends up being lit only between 6 and 8 pm on Saturdays and Sundays. 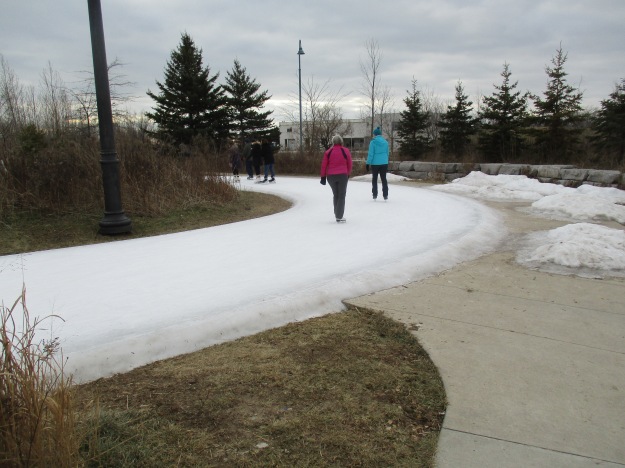 The park is home to the Mimico Branch Asylum with its collection of late 1800’s hospital buildings.  The old asylum is currently under a 99-year lease to Humber College.  It was covered in greater detail in a separate post called Mimico Branch Asylum but the buildings can be seen from many vantage points in the park.

Between the hospital power plant and sports field runs an old swale which can be crossed on a footbridge.  Near the footbridge are the remains of an earlier bridge that can be seen as a red brick pier standing in the swale in the picture below.  The fire hydrant was installed in 1952 and is known as The Kerr.  Bawden Machine Company of Toronto was founded in 1902 and made pumps.  From 1919 until the 1940’s they made the Toronto Water Works fire hydrants.  In 1949 they bought The Kerr company and started making The Kerr fire hydrant.

A few trees planted by the patients at the asylum still remain along the back of the property near the old lakeshore.  This willow tree was recently cut down and I was amazed at the six-foot diameter of the tree.