Saturday proved to be one of the coldest hike days of the year so far and we determined not to set ourselves up for too long of an excursion.  Arriving with two cars, we parked one beside the town hall in Limehouse.  The second car we moved to the point where the Bruce Trail crosses the 4th Line.  With fresh snow on the ground, it is always interesting to see the tracks of the animals we share the trails with.  This small set of tracks includes drag marks from the tail of the mouse that made them.

The Bruce Trail is a resource that many people seem to ignore in the winter months but each season has its own special beauty.  We saw very few other people until we reached the Limehouse Conservation Area, where dog walkers were taking advantage of the sunny day.

The first school in Limehouse was one room made of log construction.  It was replaced in 1862 with a one room stone building.  When the lime industry was prosperous the town grew fast so that by 1876 there were three hotels and three general stores.  That year, 4,130 tons of lime and lumber was shipped from the railway station in town.  A second floor was added to the school in 1875 but it was only used until 1890 when it was closed.  The room was opened again in 1954 and remained in use until 1962 when the school was replaced with a new one.  Today the building serves as a private residence. 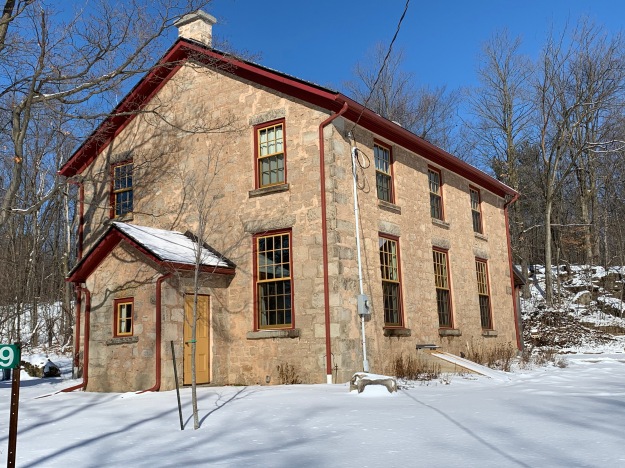 Eastern gray squirrels can move quickly when they are caught by surprise and are capable of clearing surprisingly large distances with each leap. 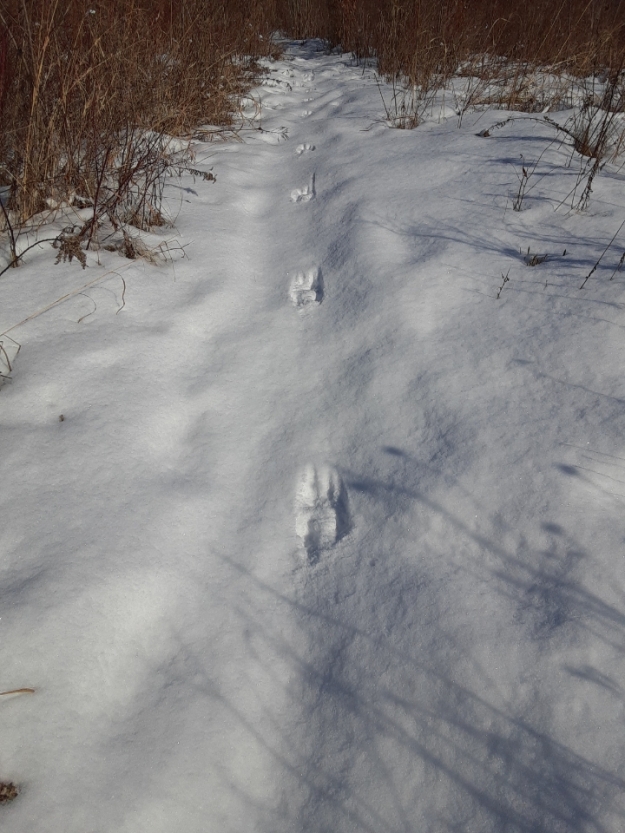 Acidic water breaks down carbonate rocks such as limestone by dissolving them.  This process is known as karst and is common throughout the Niagara Escarpment.  For more detailed information and pictures of this please visit our post on Eramosa Karst.  At Limehouse the Bruce Trail passes through a section of karst known as The Hole In The Wall.  Stairs allow you to access the bottom of these cracks in the limestone.

The cover photo shows the depth of the karst at Limehouse.  Small caves throughout the area are some of the most accessible caves in Southern Ontario.

In 1917 the Toronto Suburban Electric Railway arrived in Limehouse with a stop on the 5th line at the foot of what is locally known as Gibraltar Hill.  The stop was convenient because it was located between the school and the heart of town.  The old line can still be traced from Georgetown through to Guelph by looking at Google Earth.  The rail line passed through the middle of the mill pond on a trestle.  Three rows of pilings for the trestle can still be seen crossing the drained pond.

The lime mill was built by John Newton who took the burnt lumps of limestone and ground them into powder.  This was then “slaked” with water and mixed with sand and cow hair.  The resulting mixture was used as mortar in construction.  The mill ruins and the remains of the stone arch from the tail race are all that is left.  These have been deteriorating from people climbing on them and the arch has lost several rows of stones.  They have now been protected behind a recently installed fence.

The big innovation in lime kilns came with the creation of the draw kiln.  The draw kiln at Limehouse was 16 metres high when it was completed in the 1860s.  It has since collapsed considerably in spite of restoration efforts.  Several of these kilns can be found scattered across the Ontario landscape, including two near complete ones at Kelso.

The earliest kilns were set kilns where the limestone was placed in the kiln and packed in with wood.  Burning would take days and then it would be allowed to cool down before being unloaded.  There is a strip of seven set kilns that were built in the 1840s. 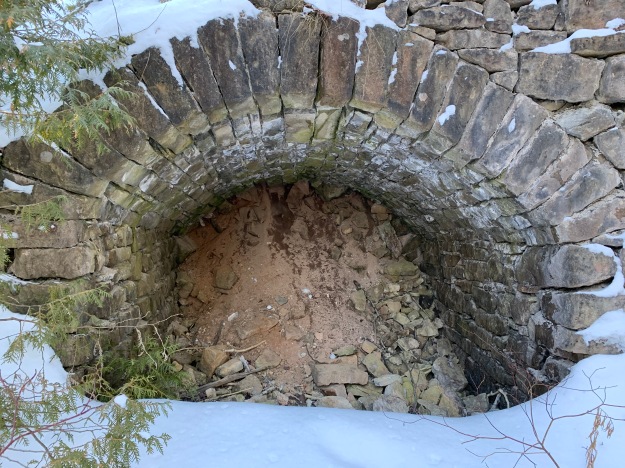 The powder house was added in the 1850’s to provide storage for the blasting powder that was used to break up the larger chunks of limestone.  Blasting was discontinued around 1917 as the quarry had expanded to the point where the local residents feared the explosions would damage their homes. 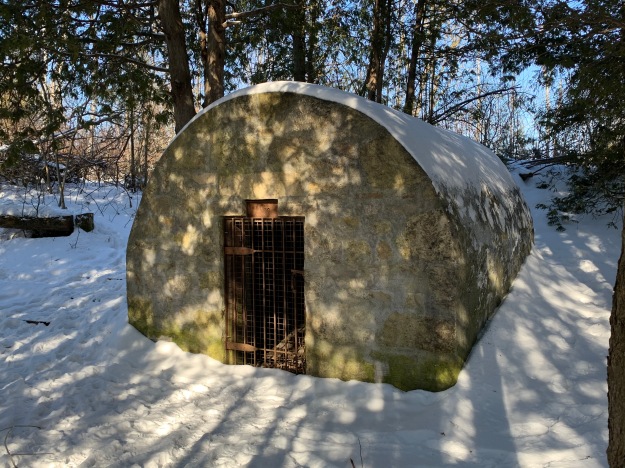 Limehouse is one of our favourite places to explore because there is so much history that has been retained.  Fortunately, the local historical society is actively working on preservation of the kilns.

Read our other Limehouse blogs: Limehouse and The Bruce Trial – Limehouse