The Devil’s Punch Bowl is a 37 metre gorge in the Niagara Escarpment near Stoney Creek where all the various strata of the Paleozoic era can be seen together.  Their colourful sequence along with a pair of waterfalls makes this a gorgeous gorge.  There is paid parking in the Devil’s Punch Bowl Conservation parking lot on Ridge Road in Hamilton.

The history of the Devil’s Punch Bowl name has been lost and all that remains are stories.  One of these stories suggests that moonshiners were working along the Ridge Road and would go into the falls to get pails of fresh water for their wares.  Regardless of the origin of the name it is just one of the local geological features that have been given devilish nomenclatures.  Two other ones are The Devil’s Pulpit and The Devil’s Well, all three of which are far more beautiful than their names suggest.  The history of the gorge is as old as the escarpment and it’s formation over 450 million years ago.  The colours seen in the rock show the various layers as they were laid down in a vast inland sea.  The bowl itself was formed at the end of an ice age a million years ago from the flow of melting ice caps.  The picture below shows the gorge looking away from the punch bowl and toward Hamilton.  A steel cross stands on the right side of the gorge where it has been lit since Dec. 18, 1966 when it replaced a wooden cross on the same location.  The Toronto skyline can be seen from near the cross. 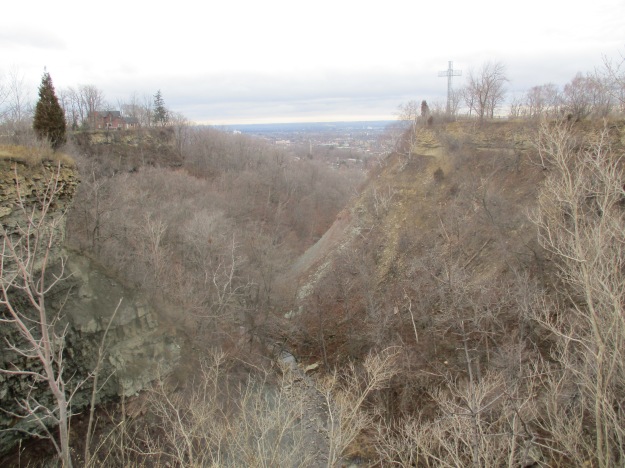 The picture below was taken from the top of the gorge where Stoney Creek plunges over the side.  Sometimes there’s a strong ribbon waterfall here but today the water level was very low.  The sides of the gorge have been filled with piles of talus which hides all but the upper rock layers. Over the years, erosion has broken rock debris off the sides of the gorge until it accumulates in sloping piles most of the way to the top. This makes decent of the sides impossible although I did notice the remains of rappelling anchors on the side of the old bridge abutment near where this photo was taken. 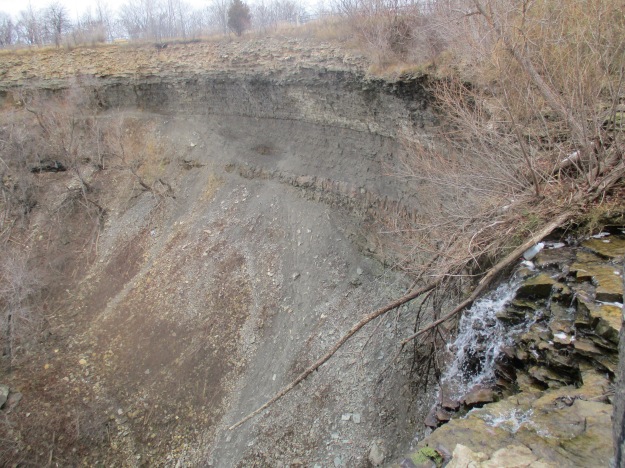 The road passed much closer to the Punch Bowl a hundred years ago.  Half of the north bridge abutment has broken off and fallen toward the creek.  The other half has been defaced with graffiti.  The bridge is right on the brink of the falls which means that either people were more adventurous in the past or the cliff edge is eroding back with time. 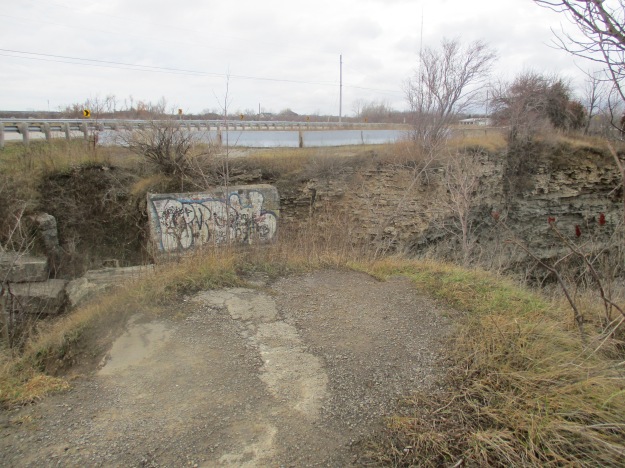 As you walk along the side of The Devil’s Punch Bowl you can see full depth of the gorge and the waterfall.  The cover photo also shows the concrete bridge abutment where the road used to pass closer to the gorge edge .  There are stories of people who have either jumped or fallen to their death in the punch bowl and it is important to keep back from the edge as it can give way at any time. 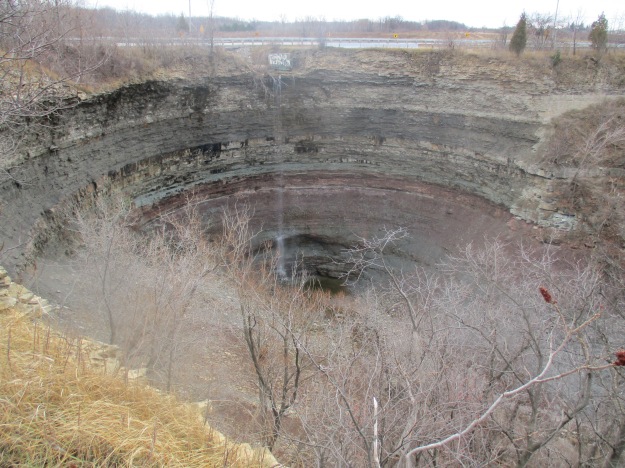 We descended a blue side trail to reach the level of Stoney Creek so we could make our way back into the punch bowl.  The creek bed is littered with broken pieces of Whirlstone formation sandstone that have trees growing up between them.  Along the way, between the train tracks and the lower punch bowl, the creek cascades over several minor waterfalls. 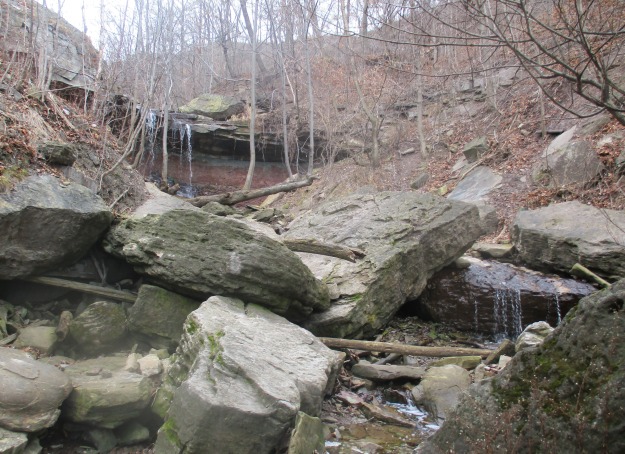 The lower punch bowl is 7 metres deep and 7 metres in diameter.  This second waterfall exposes another formation that is not visible in the upper punch bowl.  The harder sandstone of the Whirlpool formation sits on the bedrock of the Niagara Escarpment which is known as the Queenston Formation and is named after the town of Queenston.  The Queenston formation is made of maroon coloured shale that formed in slow moving waters in an area known as the Queenston Delta.  The red comes from oxidation of iron minerals and the grey-green layers contain shale that has gained an electron during oxidation in a process known as reduction.  This layer can be up to 300 metres thick and is often devoid of fossils.  The sandstone is harder than the shale and therefore it erodes slower leaving an overhang at the lower falls.  This shelf will eventually break off as can be seen by the sandstone chunks at the bottom of the falls. 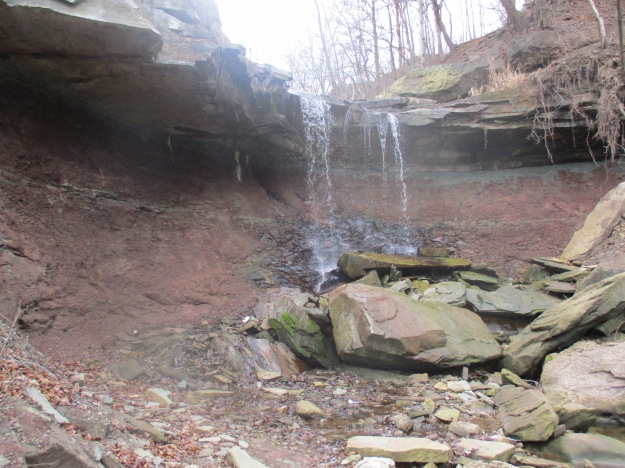 This is the same layer that is exposed at the Cheltenham Badlands where this picture was taken on July 4th, 2015. 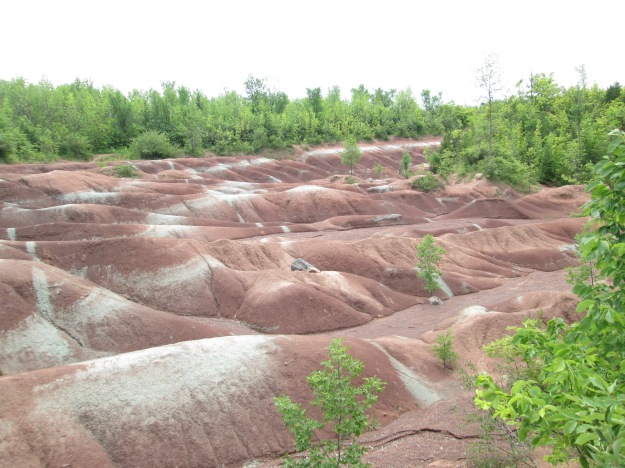 We passed the lower punch bowl and continued to climb the creek bed uphill.  As you enter the Devil’s Punch Bowl from the bottom you pass by sloping talus on both sides to emerge into the round inner bowl.  Even with only a limited waterfall the sight is incredible.  In the picture below a person is standing on talus to the left of the plunge pool at the bottom of the falls.  This gives some indication of the height of the gorge at this location. There are at least 10 distinct formations or layers that can be seen here.  The bottom visible layer is the Whirlpool formation which forms the upper shelf of the lower punch bowl falls. 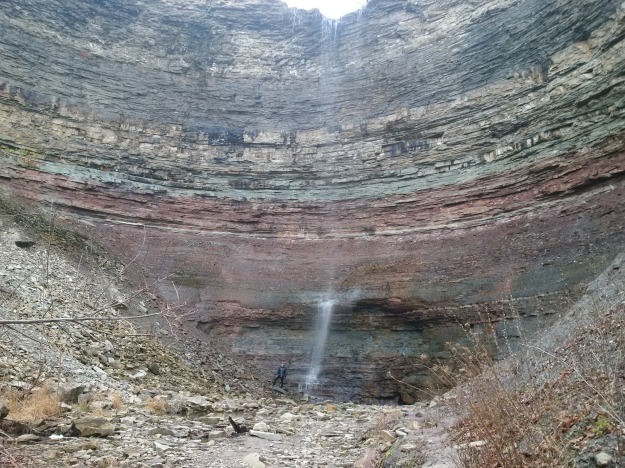 The capstone of the Niagara Escarpment is known as the Lockport formation and is a hard dolostone.  It has two distinct layers with the second being the first thin light line and below it is the softer Rochester Shale formation which is a darker grey band.  It appears near the top of the picture below.  A second thin light band of dolostone lies just below it. 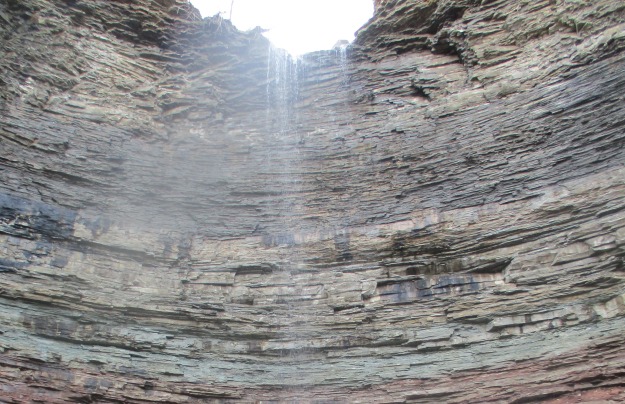 This shale formation is known for it’s heavy concentration of marine fossils including many trilobites.  The picture below is not mine, unfortunately, but shows one of these fossils that was found in the same geological layer in New York State. 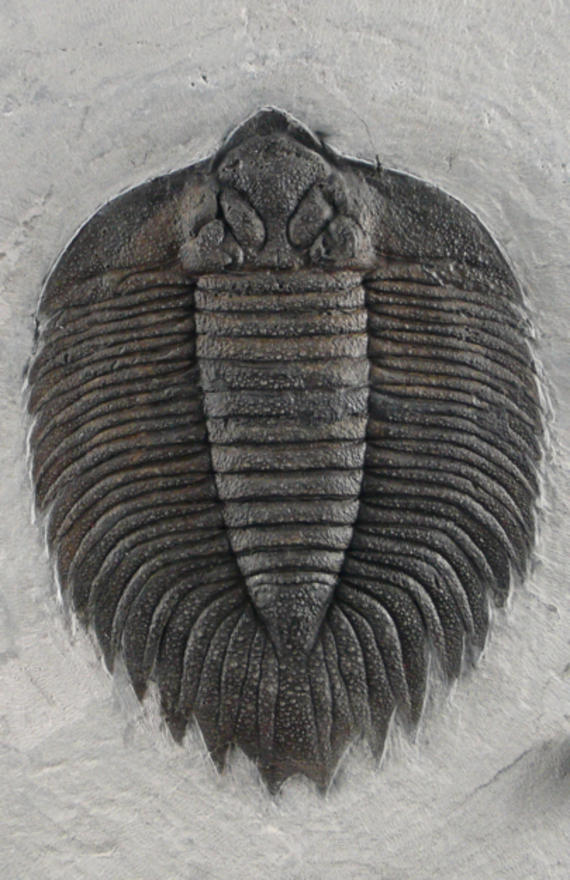 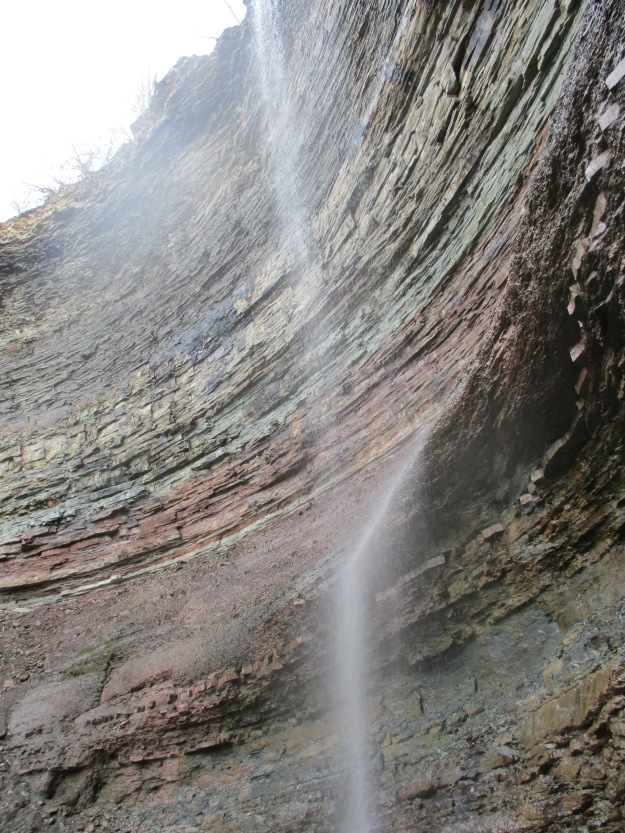 We followed a blue side trail which runs along the the north side of the gorge and links back to Ridge Road.  Along the side of the trail stand the foundations for a former building which had a grand view of the Devil’s Punch Bowl. 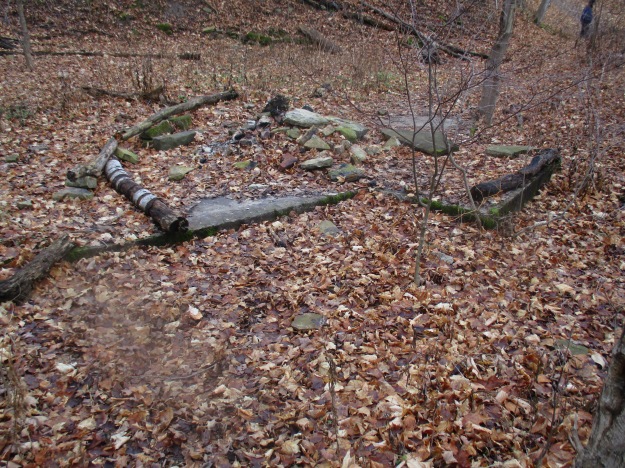 As we returned to the car we took a minute to investigate the start of the Dofasco 2000 trail which is right across the street from the parking lot.  This 11.5 kilometer trail will connect to Battlefield House where the Battle of Stoney Creek took place on June 6, 1813.  We only went a short distance where runs through what appears to be an abandoned Christmas Tree farm. This trail offers a potential future exploration. 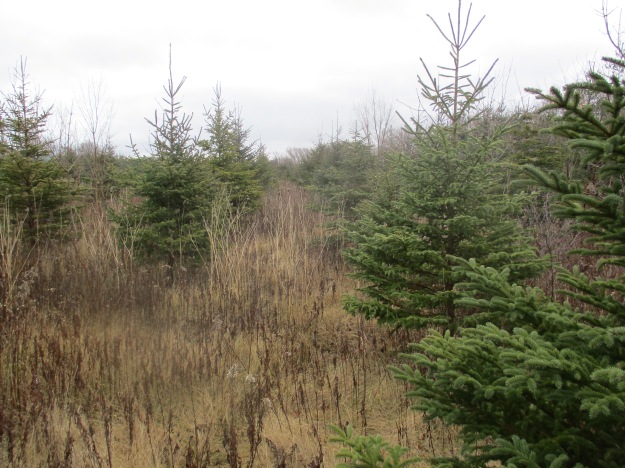 16 thoughts on “The Devil’s Punch Bowl”